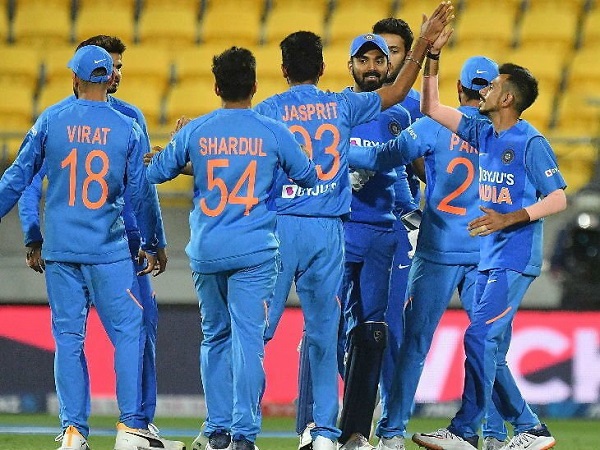 India won the fourth match of the five T20 series against New Zealand in the Super Over. This is team India second consecutive win in the Super Over. Earlier, he had named the previous match in the same way. India scored 165 runs in the first match. New Zealand’s team could also score 165 runs in 20 overs. New Zealand had to score 7 runs to win in the last over, but Shardul Thakur conceded just 6 runs. Team India now has 4–0 lead in the series with this win. This time the winning heroes were Shardul Thakur and KL Rahul. Shardul was selected Man of the Match.

Jasprit Bumrah bowled for India in the Super Over. Colin Munro and Tim Shiffert scored just 13 runs in super over. For India, captain Virat Kohli and Lokesh Rahul came out to bat. Rahul was out after hitting a six and a four. Kohli then completed the target with Samson.

Tim Southee bowled in the Super Over for the sixth time for New Zealand. He was able to provide win to his team against Australia in 2010 for the first time. After this, his team lost twice against Sri Lanka and West Indies in 2012, England in 2019 and India in 2020.

Fifth and the last match will be played between both team in Westpac Stadium, Wellington on 1st February 2020.