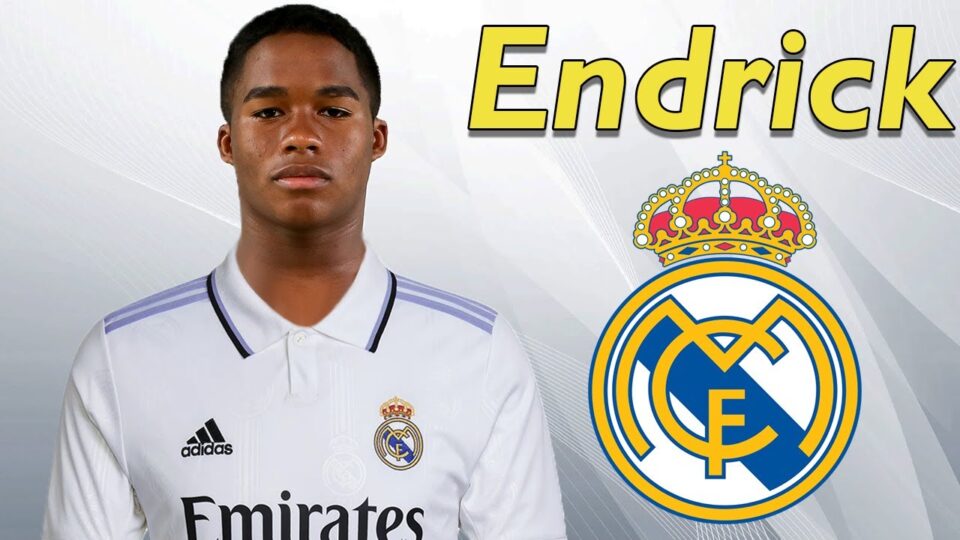 Endrick, a teenager from Palmeiras, is expected to join with Real Madrid in the summer of 2024, according to reports. In the 2022 season, the 16-year-old made his debut with the Brazilian champions, sparking intense interest in his services from numerous elite European clubs.

Endrick, who cannot make any move official until he reaches 18 in 2024, is thought to have had interested in signing with clubs like Paris Saint-Germain, Barcelona, and Chelsea. Although the Brazil Under-17 international signed a professional contract with Palmeiras until 2025 in the summer, Real Madrid appear to have gotten out in front of their rival continental heavyweights in the fight for his services.

According to a recent rumour, the Champions League champions wanted to finish the paperwork for the transfer by the end of the year, and their chase of Endrick is about to pay off.

Journalist Fabrizio Romano claims that although Endrick’s move to the capital of Spain is currently “100%” agreed upon verbally, there is no urgency to close the agreement this weekend.

Endrick will sign a six-year contract with Real Madrid at the Bernabeu until 2030, according to Romano, who also notes that Los Blancos may need a few more days to work out the specifics with FIFA.

Real Madrid on the verge of completing Endrick signing

After filling up their squad to the maximum allowed, Real Madrid were unable to add players from outside the EU over the summer. This prevented them from signing Gabriel Jesus, who later joined with Arsenal.

Vinicius Junior, Rodrygo, and Eder Militao were granted dual citizenship by Carlo Ancelotti’s team, though, and the trio’s Spanish citizenship made room for Endrick to enlist.

The attacker, who was born in 2006, is expected to demand up to €72 million (£62.1 million) in order to leave Palmeiras, where he has already scored three goals and assisted on another in seven senior outings.

Endrick’s performances helped Palmeiras win the Brasileiro championship, and the adolescent also scored six goals in seven games for the youth squad in the 2022 Copinha.

Endrick visited Chelsea’s training facility before Real Madrid jumped in, and he has already scored five goals and contributed one assist on the international stage for Brazil’s Under-17 team in four games.

La Blaugrana were interested in a deal for the forward, according to Barcelona manager Xavi, but the Catalans were unable to submit a proposal due to continuous financial difficulties.

Meanwhile, Real’s pursuit of Erling Braut Haaland, whom they see as the ideal successor to Karim Benzema, may be impacted by Endrick’s anticipated arrival at the Bernabeu in 2024.

Haaland’s Manchester City contract is believed to have a release clause, but Real Madrid’s plans to sign him have been shelved after Endrick’s representatives demanded a clear path to the first team.