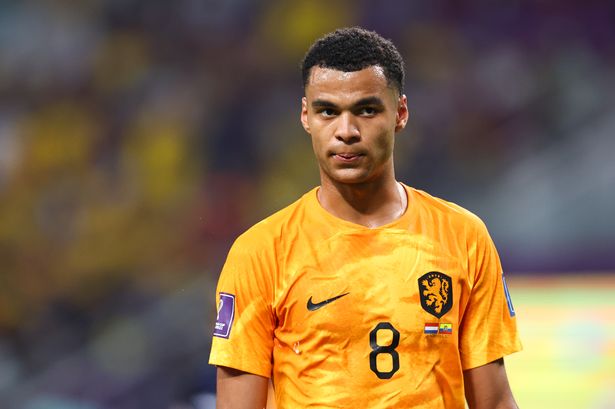 If Manchester United wants to sign PSV Eindhoven forward Cody Gakpo for the upcoming season, Real Madrid will reportedly be their rival. The Netherlands international, who had a great World Cup with Louis van Gaal’s team in Qatar, is reportedly Erik ten Hag’s top priority.

Gakpo led the Netherlands in scoring in all three of their group matches. He has continued to excel at the club level, tallying 13 goals and 17 assists in 24 matches in the 2022–23 season.

Gakpo is under contract with PSV through the summer of 2026, but the Dutch powerhouse will probably require a club-record price to approve a transfer. PSV are fighting a losing struggle to keep Gakpo at the Philips Stadion. Rene Van de Kerkhof, a former Dutch winger, claims that Real Madrid is actively pursuing Gakpo as they begin to prepare for life without Karim Benzema.

The day after the World Cup final, Benzema will be 35. He is scheduled to become a free agent in the summer of 2023, however Real are anticipated to extend his contract temporarily.

Van de Kerkhof claims that Real Madrid has a “strong interest” in Gakpo and is prepared to pay PSV’s asking price of €75 million (£64.6 million) in order to sign him before Manchester United.

As quoted by AS, Van de Kerkhof said:

“I have reliable Spanish sources that report that Real wants to get Cody Gakpo as Benzema’s successor.”

“What I heard is that they have a serious interest in Gakpo there, but PSV certainly should not sell it for less than 75 million euros this winter. Although that amount is not a problem for that club.”

Carlo Ancelotti’s faith in his present attacking options prevents Real from planning a January deal for Gakpo, but they will step up their interest in the summer if the 23-year-old rejects a move to Old Trafford.

Gakpo would be open to moving abroad if the appropriate opportunity presented itself, according to PSV director of football Marcel Brands, though he hasn’t heard of any specific interest from prospective bidders.

“You have to be realistic. If you talk about Cody Gakpo and the price tag attached to him, there may be 10 to 12 clubs in Europe that can afford him,”

“Amounts have not been discussed, but if the right club comes that Cody would like to go. Those agreements were already made before I came. It must be a record transfer for PSV anyway. Then you know in which direction it should go.”

“In the media it seems like all the clubs are lining up, but the reality is that we don’t know anything about interest or anything yet. It’s quiet. I’ve spoken to Cody, he’s going on vacation for 10 days. If something is at play, it is perhaps known to Cody or his management, but not to us yet.”