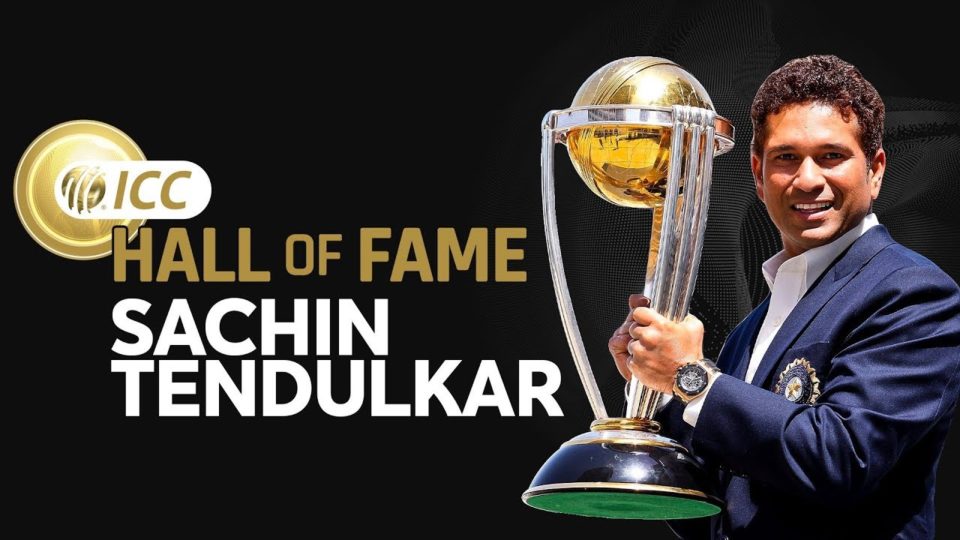 The time has finally come, and the moment he became eligible, ICC wasted no time and inducted him to ICC Cricket Hall of Fame. Sachin Tendulkar, the modern batting legend, the Master Blaster has been inducted into the ICC Hall of Fame in a ceremony in London on Thursday. Along with Tendulkar, the honor has also been conferred on two other cricketers—South Africa’s Allan Donald and Australian Cathryn Fitzpatrick.

Tendulkar is a modern maestro who was invited by none other than Sir Don Bradman to meet him after watching him play, who said that the young Tendulkar was so much similar to the batting legend. Sachin played in 200 Tests and still holds the record of most Test runs and centuries in the world. He retired in 2013, and this year he became eligible to be inducted into ICC’s Cricket Hall of Fame. There has to be a cooling period of five years for ICC to induct a great into the Hall of Fame. Another batting great, “The Wall” Rahul Dravid was inducted by ICC last year as he retired earlier than Tendulkar.

Other Indians who had been Inducted earlier are Sunil Gavaskar, Kapil Dev, Bishen Singh Bedi, and Anil Kumble.

Securing a corner on that pedestal catapults a cricketer to the pinnacle and it is also a matter of great pride for the country.