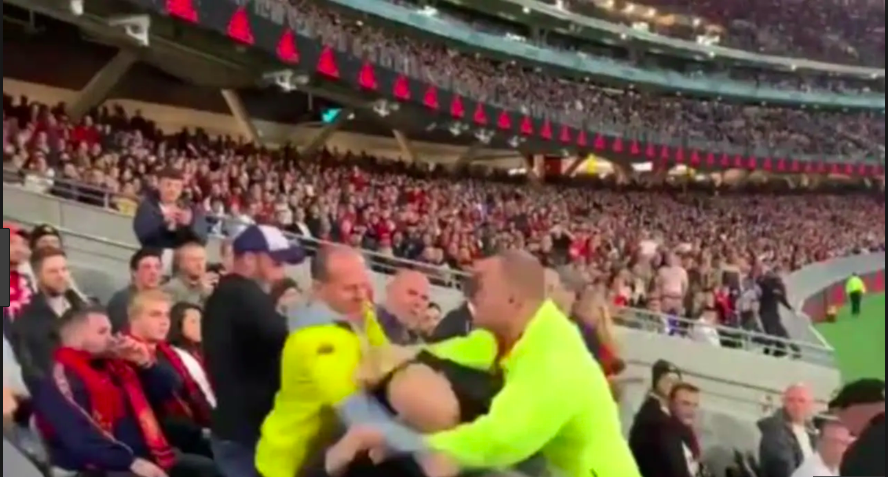 The pre-season “friendly” between Leeds and Manchester United in Perth was spoiled by a brawl which took place in the stands between fans. The video footage of the brawl has emerged, where two fierce fans inside Perth’s Optus Stadium started trading blows on each other.

The whole episode started when a burly supporter gave a punch to the jaw of a Leeds fan late in the match. He was then punched to the ground, and then another Leeds fan starts kicking him while he is on the floor.

Women were left screaming when the trouble actually kicked off.