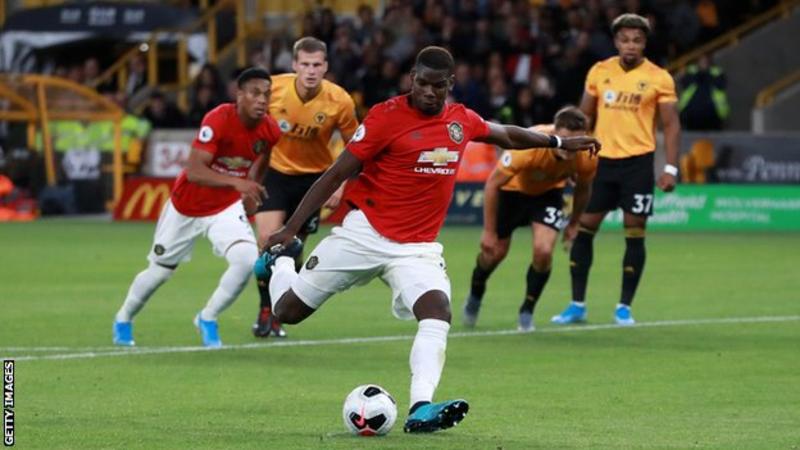 Ole Gunnar Solskjaer does not seem to be perturbed as Paul Pogba missed to convert his penalty at Wolves on Monday. In the Premier League clash vs Wolves that ended in a 1-1 draw, Pogba’s penalty was saved by Wolves keeper Rui Patricio denying United which was supposed to be their second successive win. It turned out to be Pogba’s fourth miss since the start of the last season. “Paul scored so many penalties for us and today Rui Patricio made a good save,” said Solskjaer.

It also raised eyebrows as the France midfielder seemed to have snatched the chance from Marcus Rashford who just scored a penalty for United against Chelsea. However, Solskjaer is trying to downplay any frosty equation between the duo after the incident. “The two of them are designated the penalty shooters and it’s up to them there and then who feels ‘this is mine’,” he said.

Even Rashford doesn’t seem to have a problem with Pogba. He said that it not about only Pogba but the whole team. “Paul wanted to take it, it’s that simple. Everybody can miss a penalty. He’s scored countless penalties for us so it’s normal to miss one,” said Rashford.

Pogba is also subjected to a lot of racial slurs online after the miss.