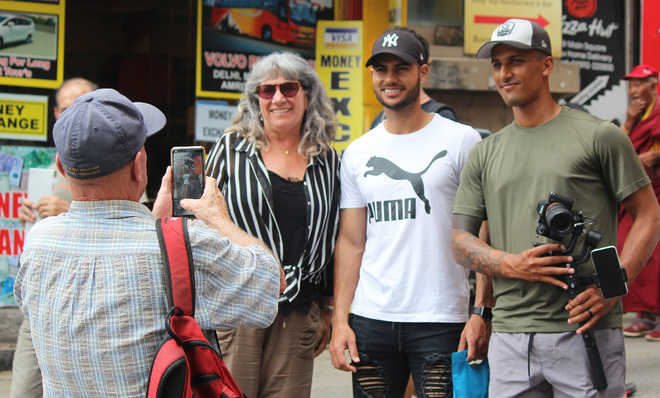 South Africa Cricket team had arrived in the country on September 11, and players seem to have a relaxed day out ahead of the first T20I which is scheduled for September 15.

The South African cricket team that arrived in Dharamshala a couple of days back for three-match T20I series against India that is set to begin on September 15 (Sunday) had a day out in McLeodganj on Friday ahead of the match.

The South African team players were seen on streets of McLeodganj, a suburb of Dharamshala in Kangra known for its Tibetan culture. Players roamed around in the market and were found shopping at local shops.

South Africa team has got Quinton de Kock named skipper for the T20I series in place of Faf du Plessis. Whereas the team India have rested the senior pace trio of Jasprit Bumrah, Mohammed Shami and Bhuvneshwar Kumar.

India and South Africa will play 3-match T20I series, which will be followed by a 3-match Test series that begins in Visakhapatnam from October 2.