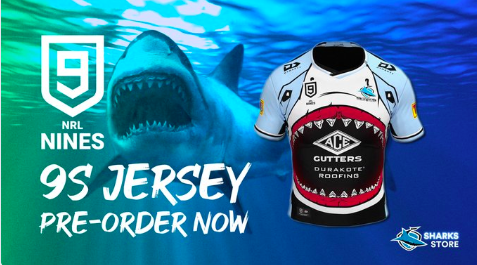 The Cronulla Sharks have allegedly been slammed after they unveiled their latest jersey, the jersey is said to be an odd reminiscent of the Jaws movie poster.

The jersey that the Cronulla Sharks have unveiled is to be worn during the two-day competition in February, it features a wide-mouthed shark, which simply resembles the Jaws movie poster.

The Sharks took to their social media and posted the design on Twitter, claiming, “The Sharks are ready to attack”.

The jersey is now available for sale on their website, starting at $160 in adult sizes.

However, fans don’t look impressed with the latest design, many of them have even voiced their disgust on Twitter —one of the fan even said “sh***est jerseys in Australian sport”.