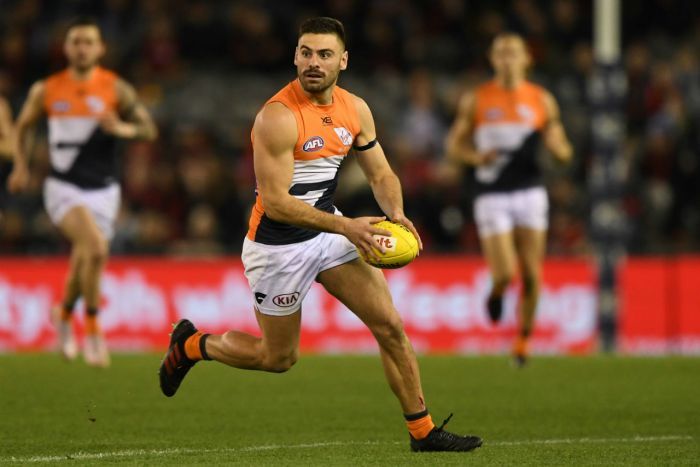 Star Giant Stephen Coniglio will not be playing in the club’s maiden AFL Grand Final appearance on Saturday, Coniglio has walked off from a GWS training session on Wednesday and had ruled himself out of the AFL grand final due to a knee injury which has kept him sidelined since Round 17.

Coniglio however, had been considered a 50/50 chance to play in Saturday’s match but he himself made the selfless call and ruled himself out of the game.

The midfielder has been trying to make a miraculous recovery in order to feature on the final game of 2019. He damaged his meniscus in GWS’ loss to Richmond on the MCG earlier this year.

GWS general manager of football, Wayne Campbell, in a statement said “This is a selfless decision by Stephen and typical of the man he is. He left it all on the training track today and ultimately he decided he doesn’t think he is capable of playing out the whole game and therefore didn’t want to let his teammates down.”