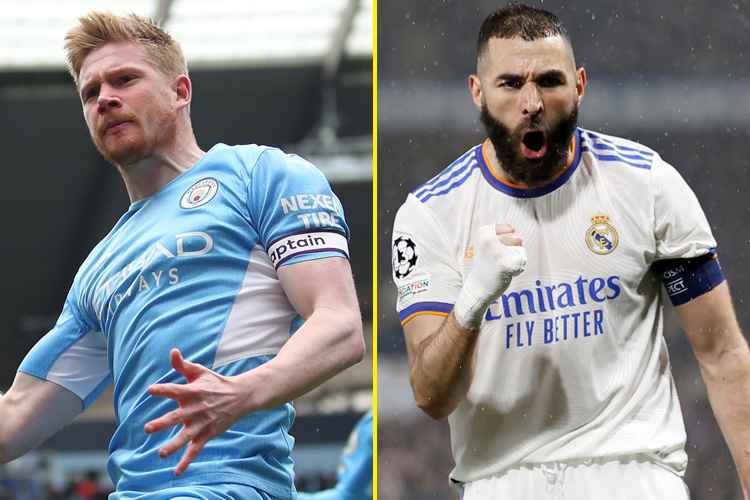 The 2021/22 UEFA Champions League competition has reached to its last 4 stages and Two teams across England and Spain each will battle it out to set the stage for the grand finale on 28th May 2022 at Stade de France. To start with, Manchester City will lock horns with Real Madrid on Tuesday night at the Etihad Stadium in Manchester for the 1st leg of the UCL 2021-22 semi-final.

In the quarterfinal, Man City defeated Atletico Madrid by a goal to nil over the two legs. In the course, the Citizens registered some injuries which might be a sign of concern for Pep Guardiola’s side.

Meanwhile, Real Madrid knocked out the defending champions Chelsea by winning the tie 5-4 on aggregate.

Karim Benzema turned out to be the star man who scored 4 out of the 5 Real Madrid goals over the 2 legs.

If Man City wins the tie, Pep Guardiola will become the first manager to eliminate Real Madrid from the UCL knockouts on 3 occasions. Meanwhile, Real Madrid have won only 1 of their last 6 away games against English teams.

Moreover, no team has ever beaten 2 different English sides away from home in the knockout stages in a single UCL campaign.

Thus, the stats favour Man City over Real Madrid but no one can underestimate the most successful side in the history of the competition.