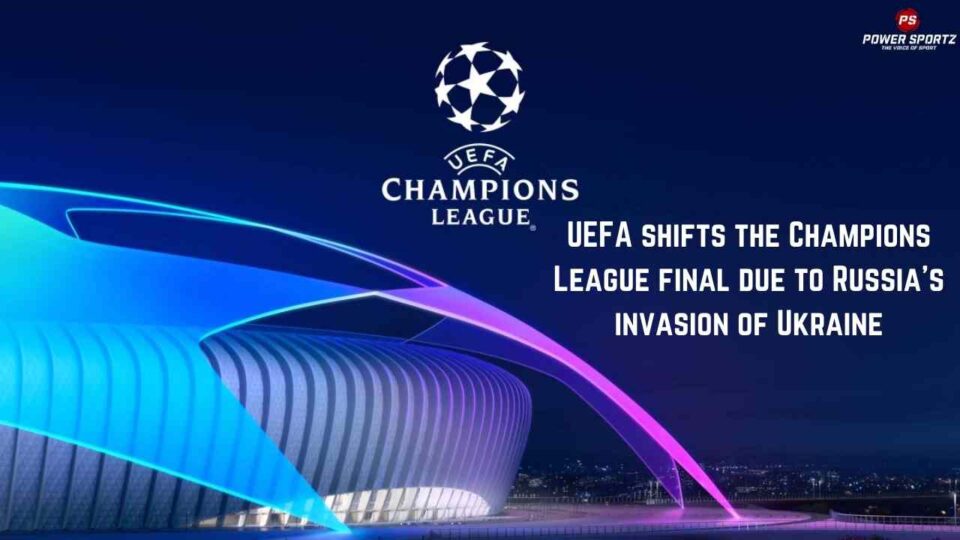 The European football governing body UEFA has now moved this year’s Champions League final to Stade de France. Initially, the closer of the tournament was going to summarize at St Petersburg. However, due to Russia’s invasion of Ukraine, the fixture is now been shifted to Paris.

Moreover, UEFA has also made it clear that Russia and Ukraine’s club and national fixtures will be taking place at neutral venues “until further notice”.

“UEFA wishes to express its thanks and appreciation to French Republic President Emmanuel Macron for his personal support and commitment to have European club football’s most prestigious game moved to France at a time of unparalleled crisis.”

The UEFA Champions League final will be taking place on 28th May 2022. This is being considered as one of the biggest finals in terms of the European club’s competition. Thus, fans across various countries around the globe visit the stadium to witness the grand event.

“Russia must not be allowed to exploit sporting and cultural events on the world stage to legitimize its unprovoked, premeditated and needless attack against a sovereign democratic state”

Thus, a group of European lawmakers were called upon to change the venue. Moreover, their were also debates regarding not to consider Russian cities for major international football competitions.

However, in the statement issued by UEFA, no information regarding the sponsorship were mentioned.

While the Russian Football Union president Alexander Dyukobv was unhappy with UEFA’s decision. The president of RFU said

“The RUF has always adhered to the principle of ‘sport is out of politics’, and thus cannot support this decision,”

The RFU also does nt support the decision to transfer any matches involving Russian teams to neutral territory as violating the sports principle and infringing on the interests of players, coaches, and fans”

Meanwhile, currently, there is no Russian or Ukrainian club involved in the round of 16 in the UCL. The final will now be played on the home turf of France. Thus, Paris Saint-Germain could take the advantage of the situation if they go all the way to the final. Whereas, at the moment PSG are also being considered as one of the favourites to win the tournament.

India forced to replace Ruturaj Gaikwad in the T20 Squad