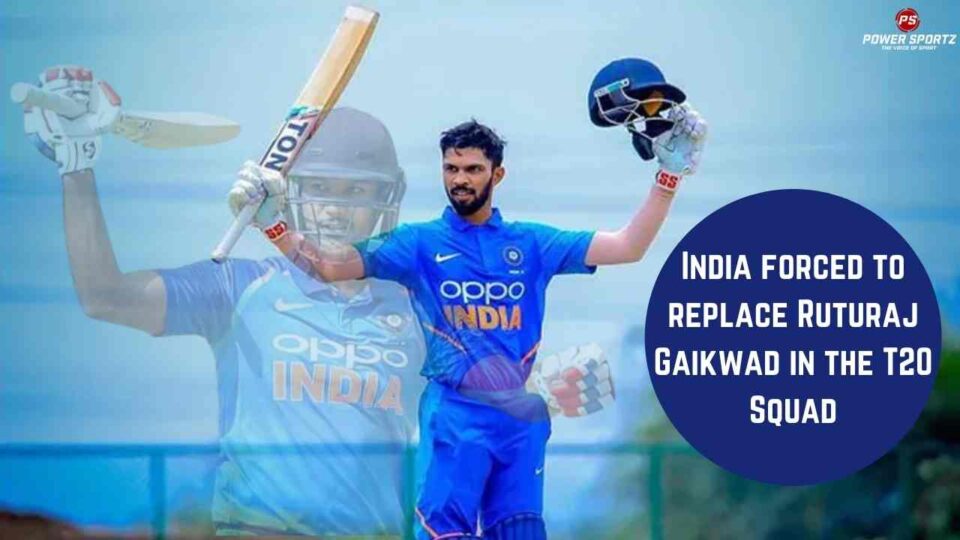 The Indian cricket team reached Dharamshala on Friday without the Chennai Super Kings opener Ruturaj Gaikwad, who was ruled out of the ongoing series against Sri Lanka. The 25-year-old was suffering from pain in his right wrist.

Moreover, Gaikwad was also unavailable for selection for the 1st T20 match of the series against Lanka. Thus, as a result, the Indian team management put out a release for Ruturaj before the first game in Lucknow.

The BCCI medical team is currently examining the situation of his injury. Ruturaj is hopeful of taking part in the IPL 2022, which is supposed to start from the 26th of March. He had an excellent season while playing as an opener for CSK in the previous edition. The opener struck 635 runs in 16 matches, which also included a century.

The youngster is optimistic to recover soon and make a quick return to domestic as well as international cricket.

Mayank Agarwal called upon as a replacement for Ruturaj Gaikwad

Mayank Agarwal has been added to the Indian Twenty20 squad that reached Dharamshala on 25th February for their 2nd match against Sri Lanka. According to reports, the 31-year-old was available to join the team on short notice.

Meanwhile, the Indian Test players were currently quarantining in Chandigarh and Agarwal was one among them.

A source from BCCI said

“It was not difficult to send Agarwal in Because it could easily a bubble-tobubble transfer. He was in Chandigarh and he was immediately rushed”

Thus, Ruturaj became the 3rd player to be withdrawn from the current team as followed by Suryakumar Yadav and Deepak Chahar.

Meanwhile, India will now be looking forward to securing the series by winning the 2nd T20 after the Men in Blues trashed Lanka in the first match.

After the three T20 match series, the Indian team will be preparing for 2 Test fixtures against The Lions.