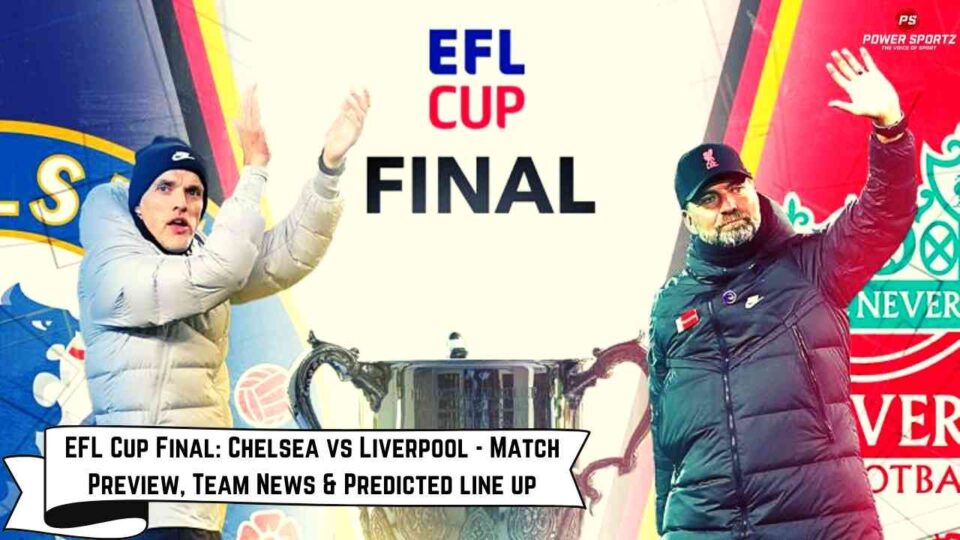 Chelsea and Liverpool tie horns as two English giants collied to battle for the English domestic League cup. The stage is all set for the final showdown at Wembley on Sunday.

The Reds will be looking forward to a record 9th League cup title while the Blues will be hoping to add 6th title in their League cups telly.

Chelsea and Liverpool will now lock horns for the 20th time in domestic cups (FA Cup & EFL Cup). In the previous 19, the Blues have got better of the Reds by winning the tie 11 times as compared to 7 for the Reds. While one turned out to be a draw in the EFL Cup semi-final of the 2014-15 season.

Meanwhile, Sunday’s game will also be reminiscing the memories of 2005 final for the current European Champions. The Men in Blue got better of the Men in Reds by winning the EFL Cup final by 3-2 in the extra time.

Moreover, Liverpool and Chelsea are familiar foes in the latter stages of this cup since the birth of the millennium. The current World Champions knocked out the Reds in the 2007-08 Quarterfinals by 2-0. While keeping the same scoreline in mind, Liverpool eliminated Chelsea in the last eight while their triumphant 2011-12 campaign.

However, the most recent tie came in the semi-finals of the 2014-15 season where the Blues won the game in the extra time to send themselves all the way to Wembley.

Meanwhile, looking at the recent history, Liverpool are hungry to win a League cup as they last won it a decade ago. On the other hand, Chelsea would be hoping to end their 7 years drought for the League cup silverware.

A blockbuster awaits as two German coaches battle it out for the 62nd edition of the English League cup.

Chelsea could miss the services of Hakim Ziyech & Mateo Kovacic. The duo were forced off from the pitch in their Champions League tie against Lille. However, Thomas Tuchel is hopeful about the duo starting on the bench.

While the full-back, Ben Chilwell remains to be the long time absentee for the Blues. And Tuchel is hoping he could get something out of Reece James for Sunday’s game as he too looks doubtful.

Meanwhile, for Liverpool, Diogo Jota has a fight against the clock to be fit for the finals as he is recovering from an ankle injury. But the Reds will defiantly miss the services of Roberto Firmino.

Apart from that, Jurgen Klopp has nothing to worry.