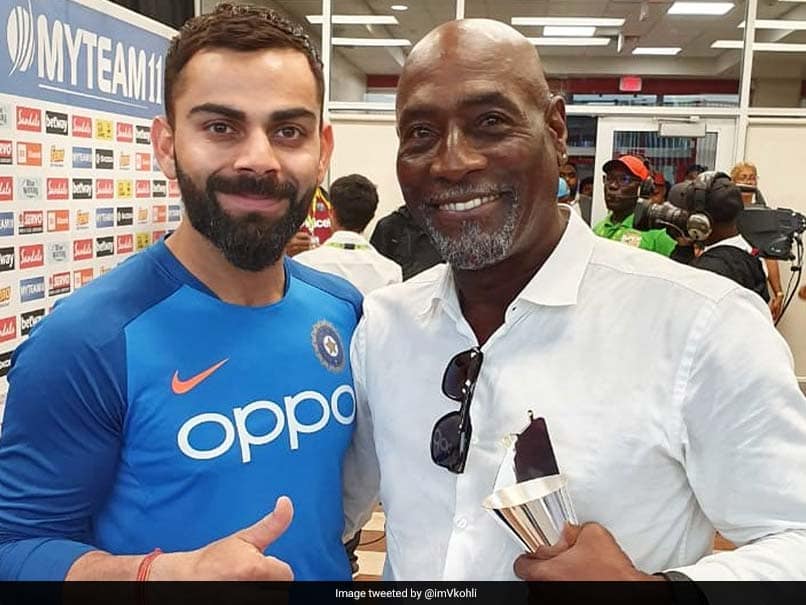 Virat Kohli, who has always admired batting legend Viv Richards, fortunately, got a chance to interview the 67-years-old former West Indies skipper and spoke to him about the game for the Board of Control for Cricket in India.

Kohli asked Sir Viv varied questions ranging from about his mindset when he walked out to bat to how he used to deal with batting against the fastest of bowlers of his generation etc.

Popularly known as Sir Viv retired from the game in 1991 after having made over 15,000 international runs in Tests and ODIs. When Kohli asked Viv Richards about his experiences on the field, the former west indies skipper seems to go into his olden days and explained Kohli about the art of batting and what went through his mind when he used to walk out to bat.

Virat Kohli: What were the challengers when you were playing and what made you believe in yourself so much? What was that essence of your self-belief?

Viv Richards: I always felt I was good enough to be competing and I wanted to express myself in the best way that I can. I see that little similarity in you and that same passion in you. There are times when folks would look at us and say, ‘Wow why they are so angry?’