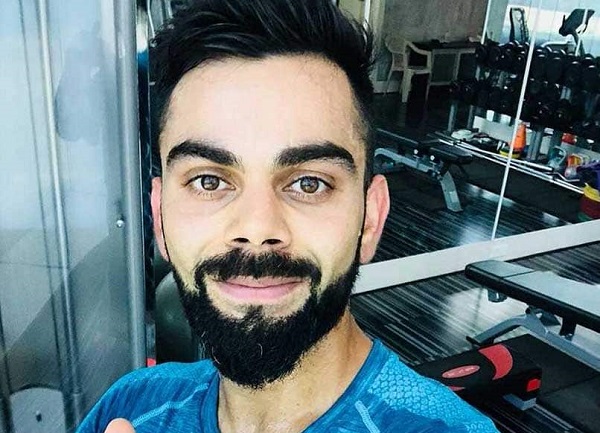 Virat Kohli is an Indian right-handed top-order batsman who currently captains the India national team. He plays for Royal Challengers Bangalore in the Indian Premier League (IPL), and has been the team’s captain since 2013. Here you will find all the information about Virat Kohli bio, age, height, weight, wife, net worth, salary and relationship status. He made his first-class debut for Delhi against Tamil Nadu in November 2006. He made his ODI Debut against Sri Lanka in August of 2008. He made his test debut against the West Indies in 2011.

• In 2011, Kohli on his first tour to Australia, showed his middle finger to the Sydney crowd after they abused him when he was fielding the boundary at the boundary line during the second Test.
• In 2013, during a match between Royal Challengers Bangalore, and Kolkata Knightriders in IPL 6, Kohli and Gautam Gambhir had an ugly spat. After getting out, instead of walking back, Kohli made some remarks which angered Gambhir, after which both started abusing each other until Rajat Bhatia intervened.
• Before the 2015 World Cup in Australia, the BCCI disallowed the Indian players to stay with their wives, or girlfriends during the World Cup. But according to reports, Kohli was staying in the same hotel where his girlfriend Anushka Sharma was staying.
• In 2016, Kohli abused a journalist after a practice session during the T20 World Cup, as Kohli thought that that particular journalist had written an article about actress Anushka Sharma in the National Daily. But, later Kohli came to know that it was the wrong journalist, after which he apologized immediately.
• Though Anil Kumble was named as the Indian cricket team coach in June 2016, in early 2017, there were many reports that were doing rounds hinting at differences between Anil and Virat Kohli. However, prior to the Champions Trophy 2017, when the BCCI published an advertisement for the post of men’s Indian cricket team coach, Anil felt deeply hurt and decided to discontinue his coaching job, and on 21 June 2017, Anil gave his resignation from the post of the Indian cricket team coach.