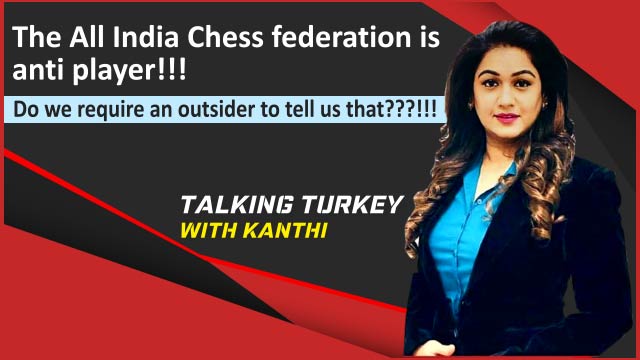 India has the highest number of Chess Grand Masters after Russia, starting with Viswanathan Anand—the first, to the youngest and latest, Rameshbabu Praggnanandhaa (14) who is the 65th in the tally. It is a huge achievement on the part of the chess players to gain global recognition.

Yet, all is not well within the chess fraternity, as players have to fight tooth and nail with the AICF, the custodian of the sport in India. to remain relevant. It’s been close to a decade the chess players have locked horns with the AICF that had banned many of them over participation in un-recognized tournaments.

The players had to knock at the doors of the Competition Commission of India (CCI) to resolve the matter and restore their ELO ratings. In fact, this was the topic of debate on “Talking Turkey with Kanthi” aired by Power Sportz, the most popular sports talk-show of the channel helmed by the Editor-in-chief Kanthi D Suresh.

This particular episode made an immediate impact, as the government ordered a cancellation of the GBM called by AICF on the very next day the show went on air. The episode cooked up a storm as Kanthi tried to probe some major issues that grapple chess in India. There was also Mr. Naresh Sharma, the AICF Joint-secretary who was part of the discussion over the phone.

“Following the regulations is fine, but where is this apology coming from,” Kanthi asked Mr. Sharma as the AICF had asked for an apology from the players who wished to rejoin the federation. This, and many other problems, Kanthi tried to go into the depth of each anomaly within chess in India.

So, to know more, what are the other issues troubling chess players in the country, watch the full episode of “Talking Turkey with Kanthi” here.

BCCI released a shortlist of players for IPL 2020 Auction