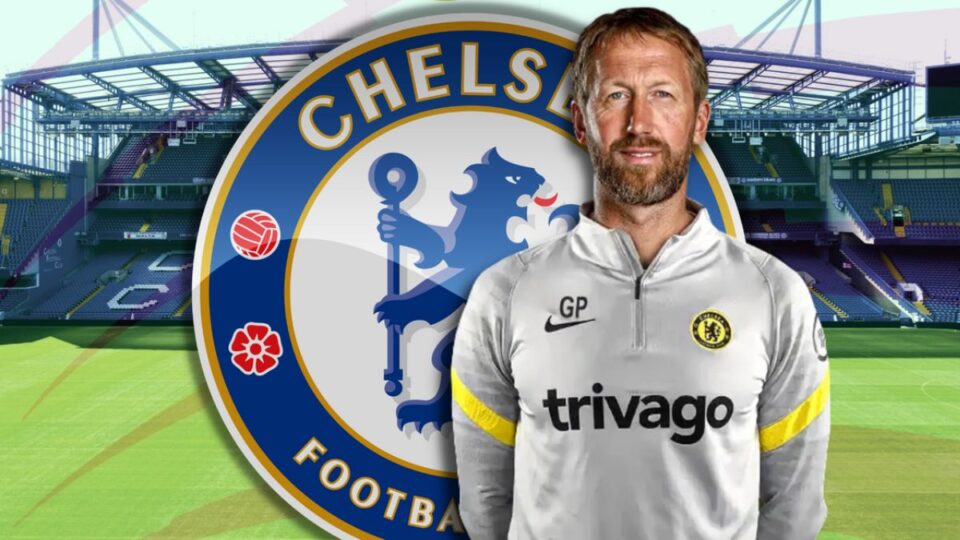 According to a rumour, new Chelsea manager Graham Potter won’t be fired if his team misses out on the Champions League for the upcoming season.

Following Thomas Tuchel’s dismissal the day before, the Blues announced on Thursday afternoon that the 47-year-old had been named the new manager. Despite having connections to coaches like Mauricio Pochettino, Zinedine Zidane, and Ruben Amorim, Chelsea moved quickly to sign Potter away from Brighton & Hove Albion.

The powers-that-be have given the former Swansea City and Ostersunds manager a five-year deal, but he has taken over Chelsea in a precarious situation.

Less than 24 hours after the Blues’ 1-0 loss to Dinamo Zagreb in their Champions League opening, Tuchel was fired, and Chelsea has also had a challenging start to life in the Premier League.

With 10 points from 6 games, Chelsea is now in sixth in the standings, five points behind league-leading Arsenal and three points behind fourth-place Brighton.

The board will not instantly fire Potter if he doesn’t help Chelsea finish in the top four, according to The Mirror. Potter has been given the duty of trying to do so.

According to the article, finishing outside the top four is not a “deal-breaker” for Potter, but Chelsea’s success this season still depends on qualifying for the Champions League.

Graham Potter to begin his managerial career at Chelsea soon

Potter is believed to have received guarantees from co-owner Behdad Eghbali and owner Todd Boehly that he will have plenty of time to assemble a team in his own image. The Blues executives are reportedly sure that the Englishman is the ideal long-term hire.

Potter, who managed Brighton for 134 games and won 43, tied 43, and lost 48, will enjoy a brief reunion with Marc Cucurella at Stamford Bridge and is eager to get going with the Blues team.

“I am incredibly proud and excited to represent Chelsea FC, this fantastic football club,”

“I am very excited to partner with Chelsea’s new ownership group and look forward to meeting and working with the exciting group of players and to develop a team and culture that our amazing fans can be proud of.

“I would also like to place my sincere thanks to Brighton & Hove Albion for allowing me this opportunity and in particular Tony Bloom and all the players, staff and supporters for their continued support during my time at the club.”

Due to the passing of Queen Elizabeth II, all Premier League games scheduled for this weekend have been postponed. Potter was set to lead Chelsea for the first time against Fulham on Saturday.

Instead, the Englishman will lead the Blues for the first time in their Champions League match against Red Bull Salzburg on Wednesday at Stamford Bridge. This will be his first time in charge in Europe’s premier league.

In 2017–18, Potter did guide Ostersunds to the round of 32 in the Europa League, but Manchester United reportedly lost interest in him at the end of the previous campaign due to his lack of Champions League experience.

Keita set to return to Liverpool training after the international break?