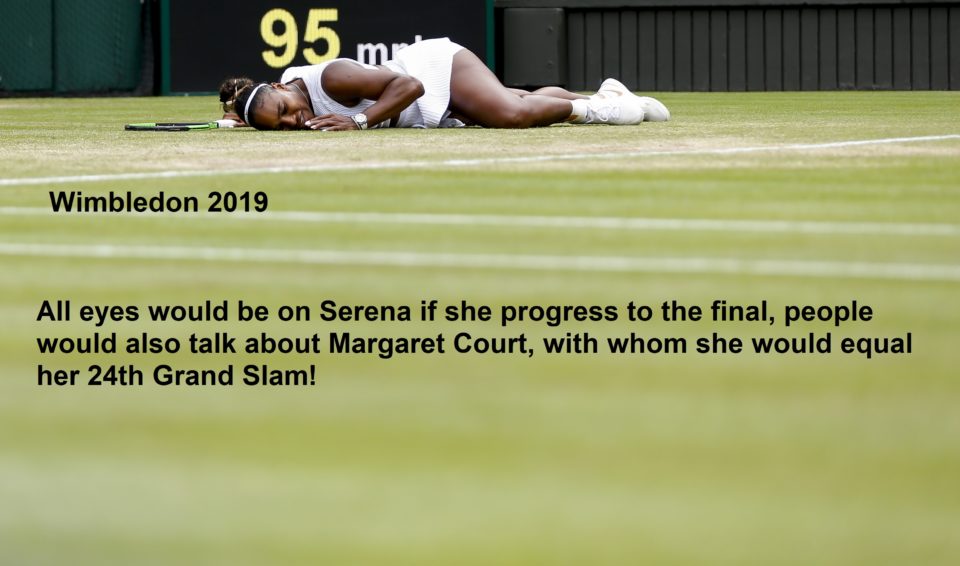 Serena Williams, who has been fighting for the glory since becoming a proud mother, has reached the semi-finals of 2019 Wimbledon. The 37-year-old will face Barbora Strycova in a crucial match to reach the final of the biggest event on the grass and in the British isle.

Back in 2018, Serena reached the final but lost the race to Germany’s Angelique Kerber 3-6, 3–6. Other than playing the title-winning match at the 2018 Wimbledon, the seven-time Wimbledon champion also played a controversial final at the US Open in 2018 where she lost the title to Japan’s Naomi Osaka. The legendary tennis star has won 23 Grand Slams and needs to win just one more to match the record of Australia’s best tennis star ever Margaret Court, who has won 24 Grand Slams.