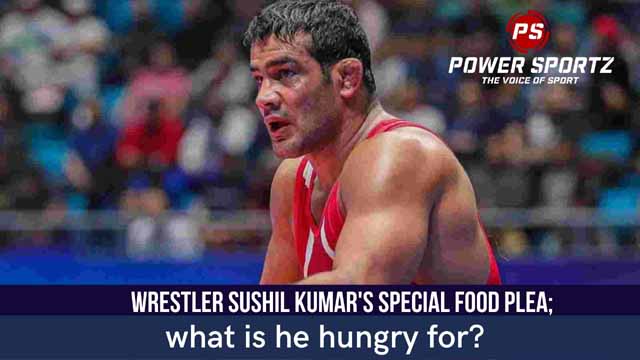 Wrestler Sushil Kumar’s plea seeking high protein food and supplementary diet in food was up for hearing in a Delhi Court. His plea and specifications for food makes one wonder if he still nurtures dreams of pursuing a Wrestling career after his fall from grace.

As per the application, Sushil Kumar consumes supplements like whey protein, Omega 3 Capsules, Pre-Workout C4 and Hyde, Multivitamin GNC, Exercises Bands, etc. The application also said that being a wrestler, it is necessary for Sushil Kumar to take a special nutrition diet. “Denial of this basic requirement will have huge implication on career,” said  Sushil Kumar’s plea.

Chief Metropolitan Magistrate Satvir Singh Lamba of Delhi’s Rohini court after the submission made by Advocate Pradeep Rana, who appeared for wrestler Sushil Kumar, decided not to pronounce any verdict and reserved the order for pronouncement on Wednesday.

As per a highly placed source of Tihar’s Mandoli Jail, the jail administration is piqued with  Wrestler Sushil Kumar’s conduct over his demand of special food

Sushil Kumar through his lawyer also made a plea for a separate cell in the prison, citing a perceived threat from members of a gang,

Olympic medal-winner wrestler Sushil Kumar is being probed for being one of the prime accused in the Sagar Dhankar murder case.

The witness protection committee in the case also has ordered to provide security to all the witnesses in the case.

The Committee on Monday decided to order for prompt security to the witnesses after noting that the threat perception to them is significant and there is a risk to their life.

A brawl among wrestlers was reported on May 4, the CCTV footage showing Wrestler Sushil Kumar being present,  in which some wrestlers were injured and later they had to be admitted to a hospital. Sagar, one of the injured, died during the treatment.