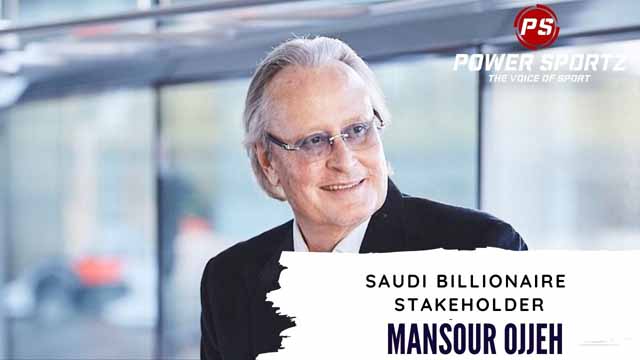 Saudi billionaire Mansour Ojjeh, regarded as the lucky mascot behind the McLaren team’s prowess in Formula One, has died aged 68, the British team announced on Sunday. The association began in 1984. Born in Paris, Ojjeh bought into McLaren with former partner Ron Dennis and established it as a force to reckon with,  in F1. “It is with deep sadness that McLaren Racing announces the death of Mansour Ojjeh, shareholder of McLaren since 1984,” McLaren announced ahead of Sunday’s Azerbaijan Grand Prix.

“Mr Ojjeh passed away at a ripe age of 68, peacefully this morning in Geneva,

surrounded by his family, to whom the team sends its most heartfelt condolences.”

“Mansour has been etched into the heart and soul of this team for nearly 40 years. The team always regarded him to be the reason behind their success.

“He was a true racer in every sense. Ultra-competitive, determined, passionate, and, above all, perhaps his defining characteristic: sporting.

“No matter the intensity of the battle, Mansour always put sport first.”

McLaren won seven of their eight constructors’ world titles since 1984 and 10 of their 12 drivers’ crowns. Mansour was always closely associated in all these victories and was regarded as the reason behind the victories

“I carry a heavy heart into the race after the loss of a close friend, Mansour Ojjeh, said Lewis Hamilton, as he gets ready for the start of Sunday’s Grand Prix in Baku:

“He had possibly the biggest heart and carried the biggest smile. I am so grateful to have known such a man. This man loved unconditionally. Rest in peace brother, love you always.”