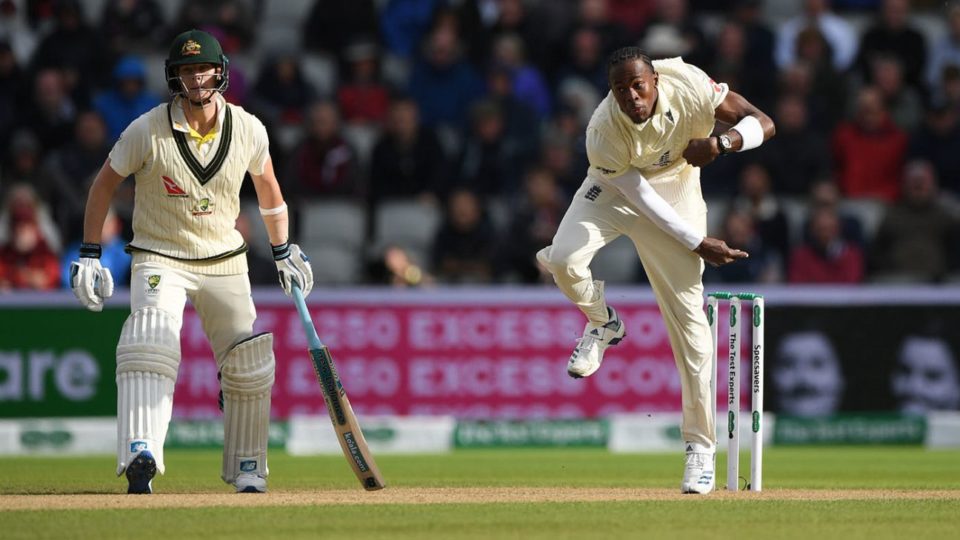 Ashes 4th Test: 2 Australian fans had to be evicted from the Old Trafford ground where the ongoing 4th Test is being played after they verbally abused England fast bowler Jofra Archer.

Two Australian fans had to be evicted from the Old Trafford for abusing England fast bowler Jofra Archer. According to reports, these two Australia fans were seated near the boundary where Archer was fielding. They starting throwing abuses on Jofra, and the worst was “Jofra, show us your passport.”

The pair, who was sitting close to the England dressing room was ejected by the authorities after other people present there complained about their abusive behaviour.

Archer, on the other hand, was allegedly frustrated by the comments but he chose to keep mum and didn’t respond to the pair.