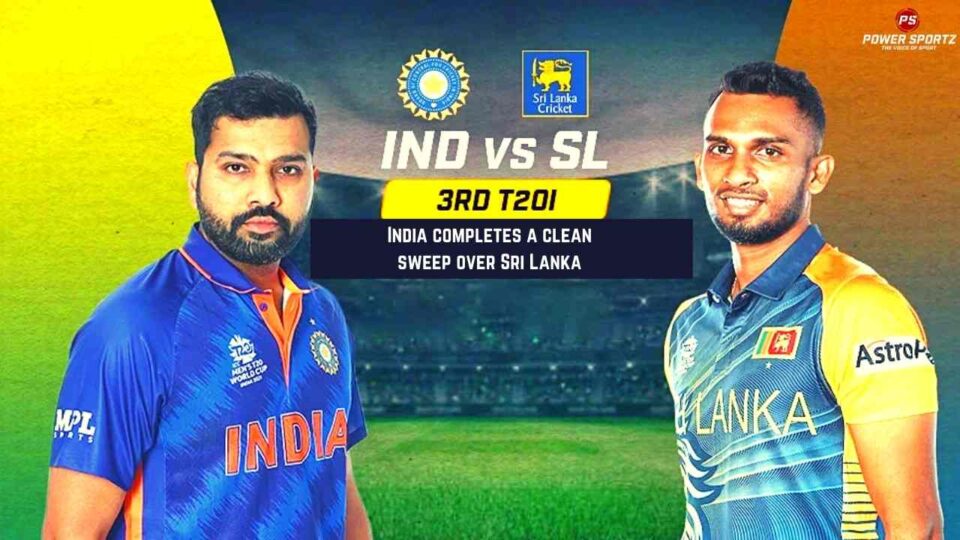 India thumped Sri Lanka by six wickets to win the series by 3-0 at Dharamshala. In doing so the Men in Blues register yet another record in their history books.

India have now won 12 consecutive T20I’s, which is the joint-highest (matching Afghanistan) winning streak for a full member. Moreover, it was a 7th series win on the trot at their home soil in this particular formate.

Winning the toss, the visitors decided to bat first. The Lions could only manage to get a total of 43 runs and lost 4 wickets in the initial 10 overs. While Dinesh Chandimal & Dasun Shanaka thought of picking up the pieces but unfortunately they could only build on 17 runs partnership. Lanka were in trouble by losing another one in the 13th over making the scoreline read as 60 for 5 in 12.1 overs.

Thereafter, the Indians kept searching for wickets but were unable to find one. However, the Men in Blues restricted the Lions for a total of 146 runs.

The skipper Rohit Sharma opened the batting alongside Sanju Samson, who was brought in for the injured Ishan Kishan. However, the opening pair was soon broken with the fall of the Captains’ wicket.

Shama yet again failed to get on the top of a shot and Chameera got his men for the 6th time in the T20Is. Soon after, Shreyas Iyer arrived and build a threatening partnership of 45 runs with Samson.

Sri Lanka thought they were back into the game by picking up another wicket in name of Sanju but Iyer had different plans.

A matching winning knock from the 27-year-old Mumbaikar and some cameo from Hooda and Jadeja sealed the match for the Indian team.

The Indian captain was a happy man at the end. During the post-match interview, Rohit said

“It’s a pattern of everything that comes together. We played very well. Lot of positives came out from the series. Want to understand what kind of bench strength we have. Good to give opportunities to those guys.”

Meanwhile, the man of the match, Shreyas Iyer said

“All three knocks were special, but yesterday’s – coming in at a crucial moment, I’d pick that. Only require one ball to get into form as long as you’re keeping your eyes on the ball and playing it on its merit.”

What’s next for India and Sri Lanka

India and Sri Lanka will now lock horns for a 2-match Test series starting from the 4th of March at Mohali.