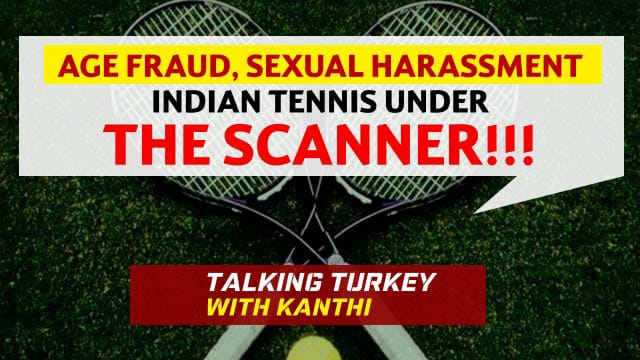 It is over a year now, since the CLTA sexual harassment incident took place, but it is far from over as far as justice for the juvenile is concerned. A 16-year-old girl, who was a trainee at the Chandigarh Lawn Tennis Academy was stalked, cat-called and was subjected to sexual harassment by five boys who were fellow trainees. The boys were minors themselves.

The father of the young girl, who has been fighting to get justice since the last year came on the chat show “Talking Turkey with Kanthi” on Power Sportz. Talking Turkey with Kanthi is the flagship show of the channel, often turns into a cauldron as participants become quite animated during the show. Hosted by Ms. Kanthi D Suresh, Editor-in-chief of the channel, the weekly debate show take up burning issues in sports.

How safe is the Indian tennis environment?

The CLTA incident last year shook up the tennis fraternity leading to a growing unease among parents who feel wary of sending their children to academies. So, what is the role of AITA? The CEO of AITA, Bishwadeep Akhouri was also a participant in the show and had a hard time justifying his stand and the apex tennis body.

“Is the AITA even aware of what is happening in the state sports federations?” asked Kanthi D Suresh. The father of the young victim had alleged that the CLTA has tried to cover up the whole issue and even the AITA is feigning indifference.

However, Akhouri said that AITA is aware of the case and is waiting for the court verdict, assuring that the culprits would be duly punished if proved. But he refused to comment further because the matter is still sub judice.

If there is one sport where age-fraud is rampant, it is Indian tennis. Even in this investigation of a sexual harassment case in tennis, the scourge of age fraud surfaced again. One of the accused boys, who happens to be a junior Davis Cupper had wangled in giving his actual age.

On asked by Kanthi D Suresh whether there is any mechanism to thwart age-fraud in tennis, Akhouri said that there is a multi-level screening process for this. Moreover, he also said that age-fraud is in every sport and tennis can’t be alienated for it.

The show turned intense as questions, allegations, and cross-questions flew throughout.

It was also the trauma the girl and her entire family were dealing with after the incident. The father said that his daughter is even petrified to pick the racquet, let alone going for training again. Because such incidents can leave a permanent scar on the minds of young people. The father of the victim is grateful to Power Sportz for offering him a platform to express his grievances and reach out to the millions of viewers of the channel.