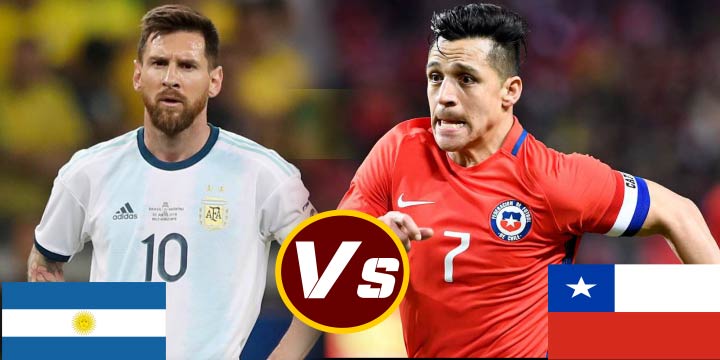 Argentina, who lost the race to Brazil 2-0 in the Copa  America semi-finals, are set to face Chile in a little historical battle. In the previous two Copa America finals, Argentina faced shocking defeats on penalties against Chile and helped them to win two consecutive South American titles.

Messi, after seeing defeat against the five-time World Cup winners Brazil, criticized officials for not placing the game in a better way. Some might say that the four-time Champions League winner is right. However, those pundits should make fans realize about the perfect formation which can help the two-time World Cup winners to win something really prestigious under one of the best. Otherwise, the golden era of this superstar player will go in vain. Chile faced a shocking defeat against Peru and should look to make a fresh squad for making the world of football rolling around them as good as an apple pie.