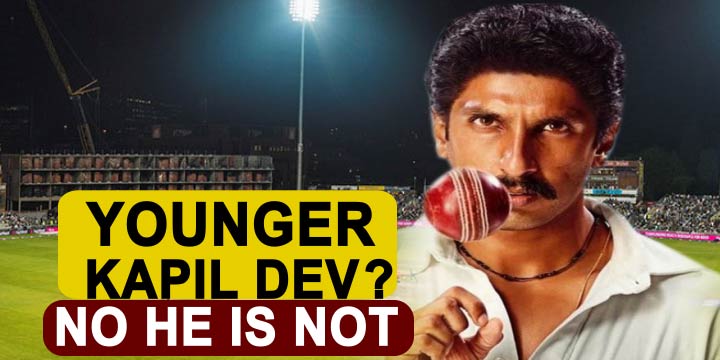 Ranveer Singh reveals his looks of a young Kapil Dev, the character he is portraying in the movie 1983, which is about India’s first World Cup triumph. The moment the actor published the photograph, coinciding with his birthday which is today, social media, especially Twitter has erupted with responses.

It was a great moment for Indian cricket when Team India won the third edition of the World Cup in 1983 under Kapil Dev’s captaincy. It was a watershed moment as Indian cricket took a giant leap to the state it is today. Based on India’s triumph in 1983, a movie is being made by Kabir Khan, which stars Ranveer Singh as Kapil Dev.

It was an achievement unconceivable to the world as team India took on the mighty West Indies who were called the “Invincibles” during that period. The West Indies had already won the previous two editions in 1975 and 1979 and were the definite favorites in 1983. Hence, when India snatched victory in the final at Lord’s defending a paltry score of 183, the world sat up and took notice of a resurging cricket scene in the subcontinent. Since then many legends have walked through the Indian cricketing corridors. It was a moment that led to the birth of a legend Sachin Tendulkar who dreamt of playing for the nation because of that victory in 1983.

The Indian cricketers who were part of that team include: