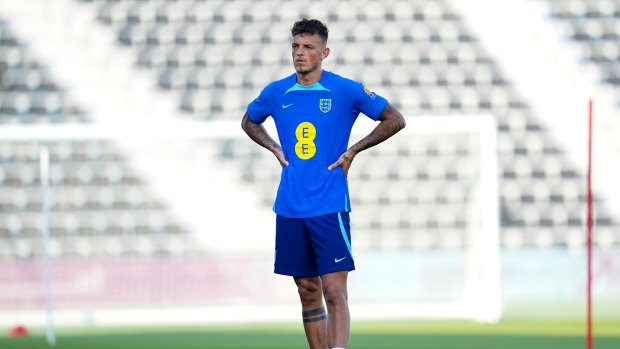 Ben White of Arsenal has reportedly pulled out of the England World Cup 2022 roster for personal reasons, according to the FA. The dynamic 25-year-old made two substitute appearances against the USA and Iran but saw no action in the Three Lions’ Group B matches.

Because of an illness, White missed Tuesday’s 3-0 victory over Wales, which gave Gareth Southgate’s team a spot in the round of 16. With England continuing their search for victory against Senegal in Sunday’s last 16 match, White would have anticipated competing for playing time in the knockout rounds.

The former Brighton & Hove Albion player has left the Three Lions’ training camp, according to a statement from England, and is returning home for personal reasons. White probably wouldn’t go back to Qatar for the rest of the World Cup, according to England team’s statement.

“Ben White has left England’s training base in Al Wakrah and returned home for personal reasons. The Arsenal defender is not expected to return to the squad for the remainder of the tournament. We ask that the player’s privacy is respected at this moment in time.”

Prior to the World Cup, White had struggled to secure opportunities with England, receiving just four caps since his debut against Austria in a friendly in June 2021.

The adaptable defender wasn’t given a chance to play for England in the Nations League games in June or September after being called up to the Three Lions’ Euro 2020 squad.

White, on the other hand, proved himself deserving of selection by dominating for Arsenal in the first part of the 2022–23 campaign and emerging as Mikel Arteta’s first-choice right-back with a string of reliable performances.

In 14 Premier League starts during the 2022–23 season, the Englishman has contributed two assists as Arsenal leads Manchester City by five points.

Southgate still has plenty of right-back options for the remainder of the World Cup despite White’s withdrawal, with Kyle Walker making his World Cup debut against Wales on Tuesday after recovering from groyne surgery.

Trent Alexander-Arnold and Kieran Trippier are both capable of covering that side of the pitch, and John Stones has recently stepped in for Manchester City’s right-back position.

The Three Lions advanced to the round of 16, while the Dragons were eliminated with just one point, thanks to a brace from Marcus Rashford and a goal from Phil Foden in England’s lopsided victory over Wales earlier this week.