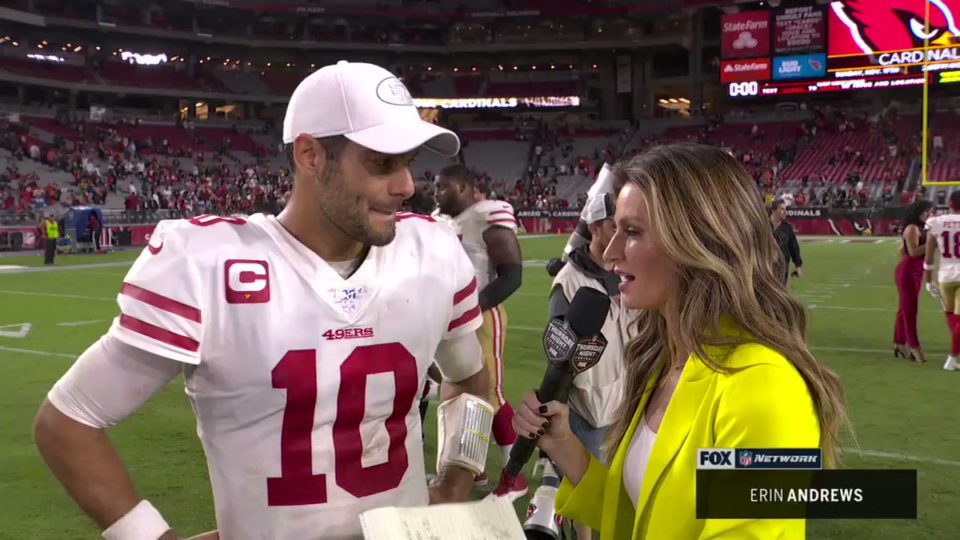 After the San Francisco 49ers reigned victorious on Thursday night, in which Quarterback Jimmy Garoppolo threw four touchdown passes that helped lead his team to a 28-25 victory over the Arizona Cardinals. After the victory, Garoppolo got an honor to conduct a postgame interview with reporter Erin Andrews.

Garoppolo’s four touchdowns were not reason to make a headline, instead, he calling Andrews “baby” during the postgame interview made the line, however.

On which Andrews could only laugh and he allegedly responded with “Happy Halloween to you as well.