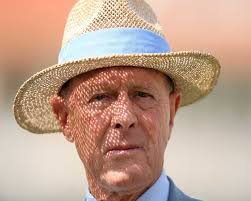 It is likely that Australia may retain the urn of the ongoing Ashes Test series looking at the abysmal batting display by the England side. Already one up, Australia bowled out England for a meager 67 runs in the third Test, their worst total in the Ashes in the last 71 years.

Talking about their pathetic batting, former England batting legend Geoffrey Boycott has come down heavily on the English batsmen. The England batsmen “batted without brains” and “threw away the Ashes” is what Boycott wrote in his column in the Daily Telegraph. Being the world champions in the recently concluded ICC Trophy, the way the English batsmen played during the first innings was utter sloppy. The former England great was aghast at their total surrender against some not so superb bowling by the Australian.

“If England had batted all day they would have a lead of 100. So, what did England do?, said Boycott. “Only one batsman out of seven could say he was got out by the bowlers. Joe Root received a lovely ball on a perfect length and line that just left him a touch and he was caught at slip,” according to Boycott.