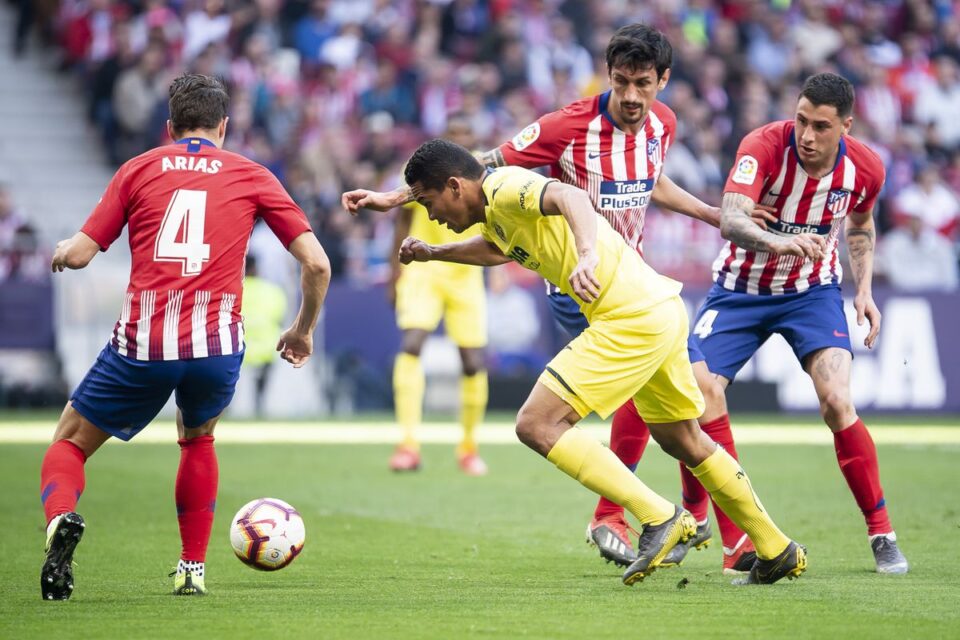 Atletico Madrid sit five-point ahead of Barcelona at the top of La Liga after snatching a 2-0 away win against Villarreal.

It could have been another glitch for Atletico Madrid, as they have already seen their lead at the top of the table cut from 10 to three points over the past three weeks. However, they escaped this through their visit to the east coast sweeping three crucial points.

They were lucky in their first goal when the header from Stefan Savic’s at the 24th-minute was saved by Sergio Asenjo but bounced back over the line off Antonio Pedraza.

It was a confident and assured goal in the second-half when Joao Felix doubled their lead in the 69th minute after a poor clearance from Pau Torres.

On the other hand, FC Barcelona, on Saturday displayed one of their best performances of the season to grab a 2-0 win against Sevilla.

Goals for Barca were scored by Ousmane Dembele and Lionel Messi giving their opponents very few opportunities in attack less than three weeks after losing 2-0 on the same ground in the Copa del Rey.

Dembele put Barca on the driver’s seat with a pass from Messi in the 29th minute and Messi also doubled the lead with five minutes remaining.

Barca have concerns to address as key players missing after Pedri went off injured and Ronald Araujo lasted just minutes in his return from an ankle injury.

Osasuna also clinched a win against Alaves in their local derby with Kike Barja’s 77th-minute goal. Alaves have lost their six games from eight ever since Abelardo Fernandez returned as first-team coach and now slip back into the relegation zone.

Getafe heaved a sigh of relief after ending a run of five defeats from six games which had put the future of coach Jose Bordalas in doubt.

Mauro Arambarri netted the first goal in the 39th minute with a 35-yard thunderbolt, Juan Mata took Getafe’s lead to double shortly after Valencia defender Mouctar Diakhaby was sent off for a professional foul, and on-loan midfielder Carles Alena completed the rout five minutes from time.