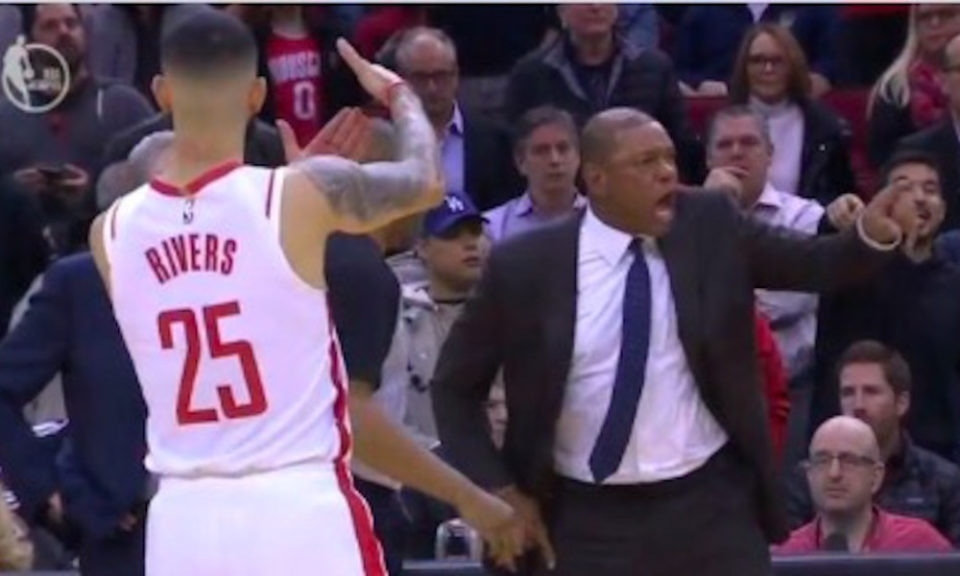 The Clippers were allegedly in Houston playing against the Rockets on Wednesday night.  And this is when Clippers head coach Doc Rivers turned against his son Austin Rivers, who plays as a backup on the Rockets.

According to reports, at the end of the 4th quarter when Doc was having an argument with the referees about how many timeouts his team had, Austin called for the referees to give his dad a technical foul.

When Doc was finally given a technical foul and was ejected from the game, Austin told him to call him and he also waved bye to his dad while he was leaving the floor.

It seems no relationship work in the fields, it’s only opposition which players see while they play.