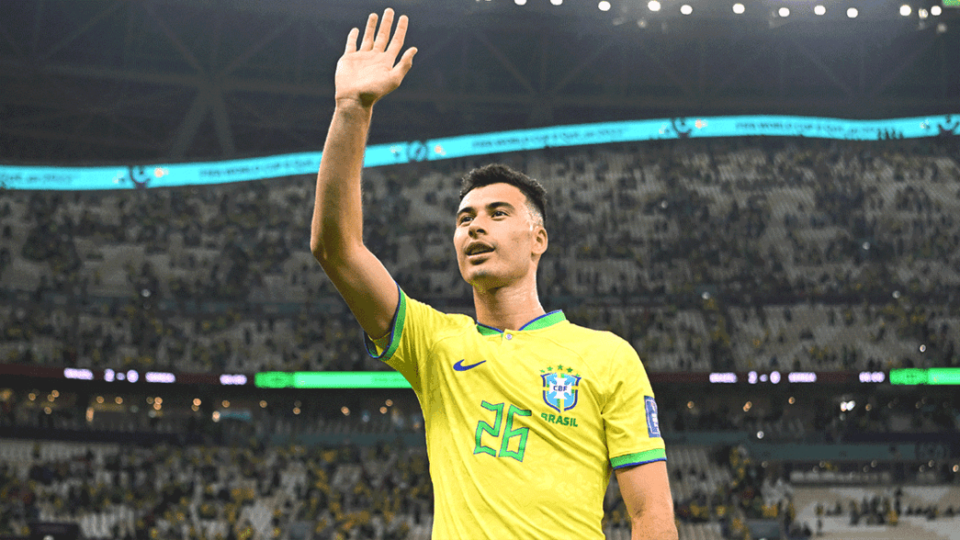 World Cup performances of Gabriel Martinelli have apparently caught the attention of Barcelona, who are major fans of the Arsenal forward. The 21-year-old has been in excellent form for the Gunners during the 2022–23 season, making 20 appearances across all competitions while recording five goals and two assists.

Martinelli is currently a member of the Brazilian team competing in the 2022 World Cup. He has had three appearances so far, coming off the bench against Serbia and South Korea in addition to participating in the entire game against Cameroon on December 2.

The Brazilian is a “favourite” of senior Barcelona executives, according to Sport, and several are eager to bring him to Camp Nou. According to the report, the Catalan team has been keeping an eye on his World Cup exploits and may make a bid for him in 2019.

Martinelli, a forward, is reportedly hoping to play a part in Brazil’s World Cup quarterfinal match against Croatia on December 9; Barcelona will reportedly keep an eye on his performance for the balance of the competition.

The attacker’s deal at Arsenal only has a little more than 18 months left on it, though the club does have the option of extending it by an extra 12 months until June 2025.

Martinelli recently voiced a willingness to sign a new contract at the Emirates Stadium, but despite continuous rumours, progress in negotiations has not yet been made.

“I am very happy at Arsenal. I’ve said it many times. This is my club. I love to be here, I love the city, I love the club,”

“I love everything about Arsenal so I want to stay. I just need to get a pen. I want to score, score in the next game and help my team do well.”

“When I knew Arsenal wanted to buy me it was one of the happiest days of my life. Every player who has the opportunity to play for Arsenal will try to play his best.”

Martinelli joined the Gunners from Ituano in July 2019, and since then, he has played 104 times for the team across all competitions, scoring 23 goals and dishing out 15 assists.

Memphis Depay is anticipated to be permitted to depart Camp Nou by Barcelona next year, either in January or on a free transfer in the following summer.

Ferran Torres’ future has also been the subject of rumours, thus Xavi’s team might be looking for a new attacker during the summer transfer window.

Gerard Pique sent off in his final game for Barcelona