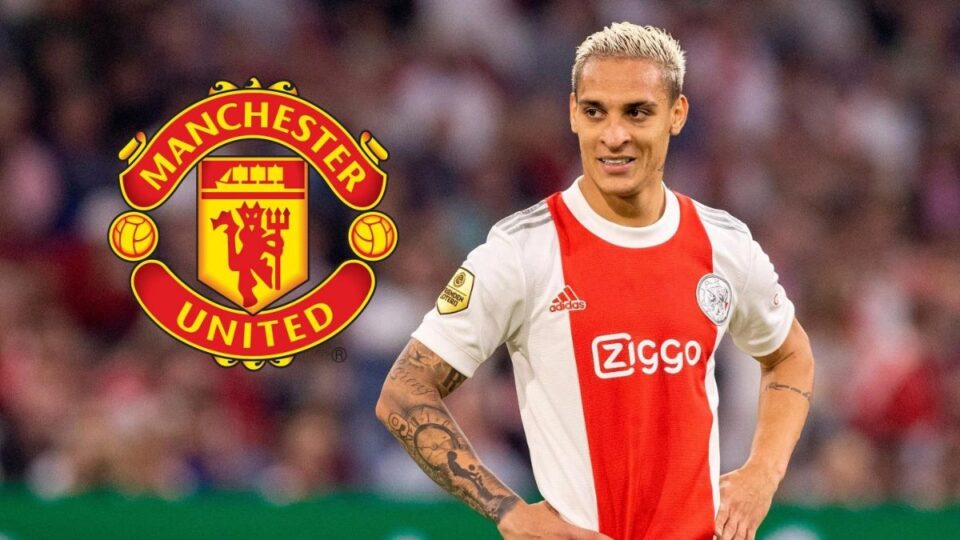 Man United is reportedly prepared to make Antony a new offer in the neighbourhood of £80 million. As this might be their last offer to sign the Ajax attacker before the transfer window closes.

The 22-year-old attacker was not chosen for Ajax’s Eredivisie match against Sparta Rotterdam on Sunday, according to the Dutch club’s head coach Alfred Schreuder, who acknowledged that the forward was not mentally prepared to play.

“Antony is not in the squad. I spoke with Antony and he told me that he didn’t feel 100% ready to play.”

“I only want players in the squad that are 100% focused on Ajax,”

To push a transfer to Old Trafford before the transfer deadline, the attacker did not train with his teammates until the end of last week.

The Eredivisie champions, who are trying to retain the services of the former Sao Paulo starlet, And are believed to have rejected an offer from Man United last week that was in the neighbourhood of £68 million.

The 20-time English champions are reportedly drafting a new offer of about £80 million and are hoping that it will be sufficient to persuade the Amsterdam titans to sell.

Antony on his way to Man United?

According to Italian journalist Fabrizio Romano, Man United and Antony have already reached a personal agreement, and the youngster is committed to playing at Old Trafford.

“I want Antony to stay. I am assuming that the club will not sell him. The money that is being thrown around these days is crazy. But I would not find it okay if we sell another player. We are in a powerful position, financially,”

But Antony recently acknowledged that he could not certain that he would stay in Amsterdam once the transfer window closed.

“No, to be perfectly honest (offer Ajax fans assurances that he would remain at the club), I can’t. What I can say is that I want to come to the right decision with my family, business partners and Ajax, which is good for everyone,”

“In the end, God determines my future. I am very happy at Ajax, I have a contract until the summer of 2025 and I will give everything for this beautiful club for every second.

“I wear the shirt with pride and from day one I feel at home. If we all decide that I will stay here, then I know that this is the best thing for me and the club.

“It’s not like I have to leave. Now I am focusing on playing football and have put all other matters in the hands of my agents and my brother. They will advise me on what is best.”

Since joining Ajax from Sao Paulo in July 2020, Antony, who mostly plays as a right-sided attacker, has made 82 appearances and contributed to 24 goals and 22 assists.