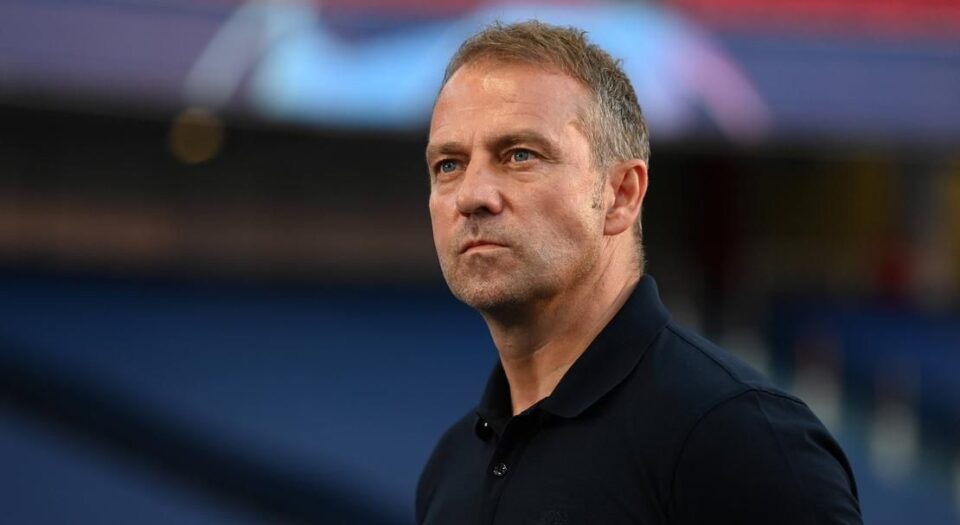 Despite their unfortunate group-stage exit at the Qatar 2022 World Cup, Germany’s head coach Hansi Flick will stay in that position. The four-time world champions, who placed third in Group E behind Spain and Japan, were ousted early from the World Cup for the second time in a row.

Germany’s campaign in Qatar started with an unexpected 2-1 loss to Japan. They then drew 1-1 with Spain and won 4-2 against Costa Rica in their last encounter. However, La Roja’s resounding 7-0 victory over Costa Rica ultimately helped them book a place in the round of 16, as Die Mannschaft ended behind Spain in second place on goal differential.

According to a recent rumour, Jurgen Klopp, the manager of Liverpool, and Thomas Tuchel, the former head coach of Chelsea, are both candidates to succeed Flick as Germany’s international coach.

Flick will remain as head coach of the German national team and lead them to Euro 2024, according to a statement from the Deutscher Fussball-Bund (DFB).

Following a “friendly and constructive conversation” about his future on Wednesday, Flick received the complete backing of both board members, German FA president Bernd Neuendorf and vice-president Hans-Joachim Watzke.

A statement from Neuendorf said:

“Together we are convinced that the 2024 European Championships here at home presents an enormous opportunity for football in Germany.”

“Our aim is to make this tournament a sporting success. We have full faith that Hansi Flick, along with his team, will together be able to meet this challenge.”

“My coaching team and I are looking forward to the European Championship here in Germany with optimism.”

“As a team, we can achieve a lot more than what we showed in Qatar. We missed out on a big opportunity there, and we will learn our lessons from the experience.”

“I have faith in the path discussed together with Bernd Neuendorf and Aki Watzke today. We all would like to bring the whole of Germany together behind the national team for the home European Championship in 2024.”

In August 2021, Flick resigned from Bayern Munich to take over as Joachim Low’s successor as Germany’s national coach. In his first eight matches in charge, Flick’s team were undefeated, scoring 33 goals while allowing just two.

Flick has since only managed three victories in his previous 11 games, and his Die Mannschaft team has struggled defensively, giving up goals in 10 of those contests.

After serving the national team for 18 years as technical director, Oliver Bierhoff’s contract was terminated, Germany said on Monday.

“With regards to Oliver Bierhoff’s successor, we have come to an agreement to first decide within the DFB on the future structure of this area of responsibility, before eventually making a personnel decision.”

Germany, which will not compete in the Euro 2024 qualifying rounds because they will be hosting the event, is anticipated to resume play in March of 2019.