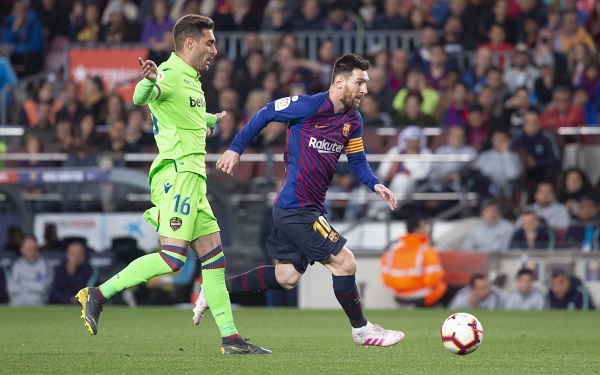 Spanish club Barcelona is the world’s richest club of football. The average annual salary of the players of this club is around 92 crores. However, the average salary of Barcelona players was around 98 crores last year. That is, the figure has reduced by about 6 crores in a year, but still the club is in first place. These results come from a salary survey conducted by the Australian sports management company Global Sports.

In the survey, after Barcelona, second place is Real Madrid and third is Cristiano Ronaldo’s club Juventus. The average annual salary of Real Madrid players is about 83 crores, while the average annual salary of Juventus players is around 75 crores. Juventus was ranked 32nd in the 2017 report, but after joining Cristiano Ronaldo, the club has moved up to number 3 in these two years.

The survey report notes that – Barcelona players have the highest average salary, but it is also to be understood here that the main reason for this is Lionel Messi alone. Messi’s salary alone is about Rs 464 crore. Because of this, the average salary of the entire team gets higher. However, only basic salary of players is mentioned in this list. This does not include the signing amount of players, performance bonus and other features.