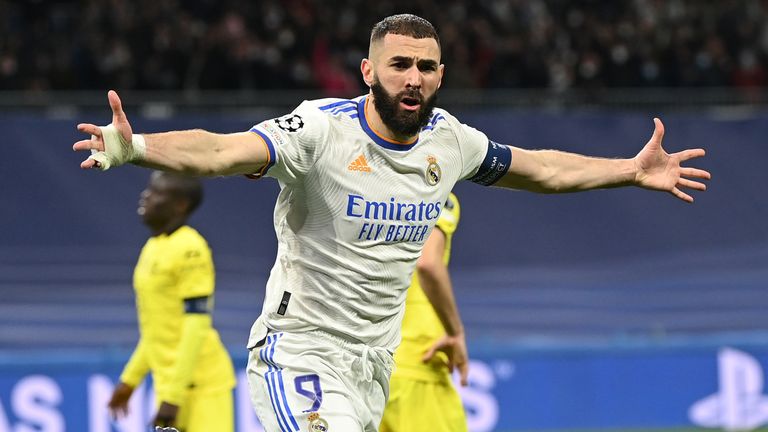 Real Madrid welcomed Chelsea at Santiago Bernabeu with a 2-goal advantage from the 1st leg of the UEFA Champions League quarterfinal.

A thrilling evening of football at the legendary Santiago Bernabeu saw the west Londoners come back from a 3-1 deficit to lead 4-3 on aggregate, before Real levelled through Rodrygo’s late strike to force extra-time.

Karim Benzema was Chelsea’s torturer once more, as his extra-time header gave Real Madrid a 5-4 aggregate victory and a place in the Champions League semi-finals.

Chelsea had a merited half-time lead thanks to Mason Mount’s goal after 15 minutes. Thomas Tuchel’s brave side took the lead on aggregate thanks to Antonio Rudiger and a spectacular Timo Werner solo goal.

The Blues had a Marcos Alonso goal called out by VAR owing to a handball before Werner’s strike made it 3-0. With this, Chelsea became just the 2nd English team to score 3 goals away to Real Madrid in all European competition.

When a magnificent Luka Modric ball was collected by substitute Rodrygo, the Blues were forced to extra time. The Brazilian stroked the ball in the bottom right to make it 4-4 on aggregate.

However, Bezema was their to break the Blues heart as he stoked in another brilliant header to rescue Real Madrid and held Chelsea from a thrilling comeback.

Benzema scored 4 goals against Chelsea over the 2-leg tie out of which 3 were headers.

With this, Real Madrid have now qualified for the semi-final of European Cup/Champions League for a record 31st time. This is 11 more than any other club.

Tuchel was enraged after seeing the official laughing with Real manager Carlo Ancelotti after the game, and he vented his frustrations in his post-match press conference. The Blues boss said

“I was disappointed that the referee had a good time with Carlo,”

“When I wanted to go and say thank you, he was smiling and laughing with the opponent’s coach.”

“I think this is the very wrong time to do this after the final whistle, 126 minutes of a team giving their heart. When you go and see a referee smiling and laughing with the other coach, it’s bad timing. I told him this.

Tuchel, on the other hand, was full of admiration for his Chelsea players after the game, admitting that the setback was easier to swallow given their efforts. Thomas Tuchel said

“The most important thing is how we play and the input from the players. The full credit is for the players, you need to score and win and to do it over the 90 mins. We were unlucky not to go through.”

Meanwhile, Luka Modric stated that he thought his team was “dead” at 3-0 down, but praised the Santiago Bernabeu crowd for driving them to victory. The Real Madrid midfielder said

“We knew it would be tough, but at the end we showed great character, desire and togetherness. It’s a defeat that is very sweet.”

The Spanish giants will face one of Atletico or Man City (have a 1 goal advantage) in the semi-final of the Champions League.