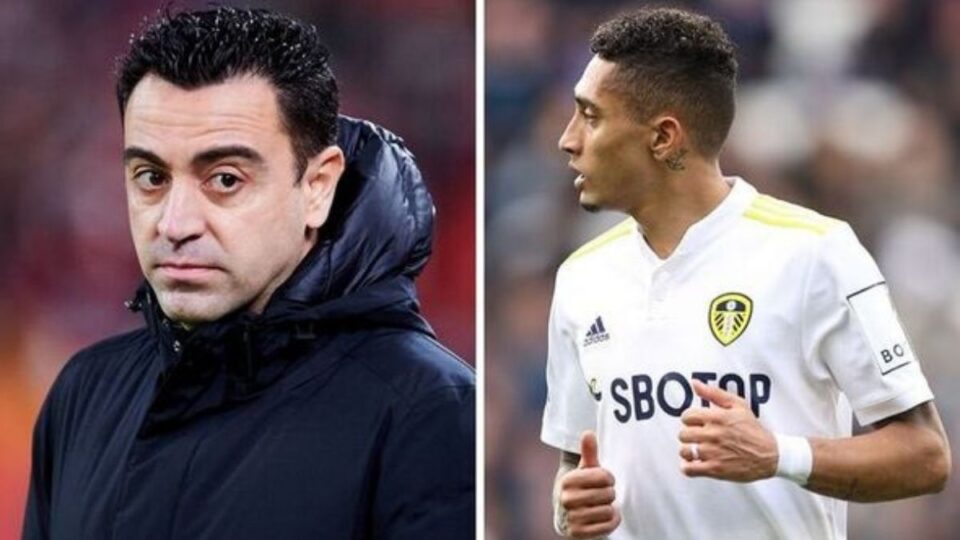 The Spanish giants FC Barcelona have reached personal terms with Leeds United star forward Raphinha. There are many giant clubs who are in the race for the Brazilian’s signature as he might leave the Premier League club Leeds United at the end of this summer.

According to Sport, Leeds United star forward has agreed on contract terms with FC Barcelona. The Brazilian international has already given his word to Blaugrana’s top executives ahead of a summer move.

The 25-year-old is set to sign a 5-year contract with the Spanish giants. Raphinha has played an important role in Leeds’ relegation fight this season.

The Leeds winger has scored 12 goals in 28 games for Jesse Marsch’s side so far in the current term. There are many top clubs who are in the race for the Brazilian’s signature.

Manchester City, Manchester United, Liverpool, and Bayern Munich are all thought to be long-term admirers of Raphinha. However, according to a recent report, Raphinha asked his agent to only negotiate with Barcelona.

As of now, the La Liga club is yet to agree on terms of the transfer fees with the Premier League club Leeds United.

Barcelona had their previous offer for Raphinha rejected by Leeds United

The Spanish giants previously offered €35 million for the Leeds wingman but it was initially rejected by Lily Whites.

However, now Raphinha’s agent and former Barcelona star Deco is trying to persuade Leeds to accept the offer with the possible inclusion of Oscar Mingueza. Barca’s manager Xavi Hernandez has made the Raphinha’s signing a top priority for the summer.

Thus, another offer is being prepared by the LaLiga club that will be sent to Elland Road in the coming weeks. Raphinha’s current contract keeps him at Elland Road until 2024. However, now it looks like he might leave by the end of this summer if a decent proposal is offered.

Thus, Leeds star forward will be looking forward to stepping his foot in LA Liga in the next season. However, both the clubs are yet to agree upon a deal but it seems like the move will eventually take place.

Raphinha has also mentioned that he is solely interested in the Spanish club. Thus, this rules out the possibility of any other club making a late move.