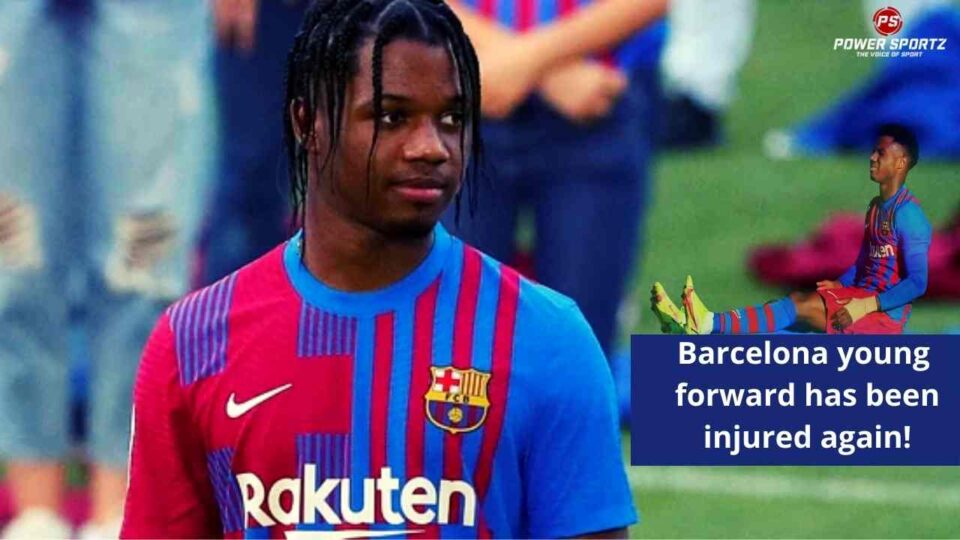 Barcelona is yet to reach the top 4 positions in the La Liga this season; they are currently coming 6th in the league two positions off the UCL spot. Xavi has been improving the team significantly; the club has decided to sign the duo of Dani Alves and Ferran Torres to improve their squad this season. Furthermore, the club is making strides to sell and loan players from the Camp Nou; this revolves around players such as Dembele and Samuel Umtiti. Despite wanting to sell these players their high wages will make it tough for teams to sign them; with the current state of the market.

The Spanish giants have received a big blow in their squad this season; this is because they have received an injury blow. Ansu Fati has yet again injured himself after returning in Barca’s game against Copa deal Rey in the round of 16 stages of the competition. The 19-year-old superstar has been able to feature 10 league games this season in which he scored 5 goals and 1 assist; this injury has ruled Fati out until the end of March. The star is expected to be back for the game with Sevilla on the 3rd of April!

Barcelona will win the Europa League!

After having a poor run in the Champions League, Barcelona has been eliminated to the Europa League this season; the club is expected to be the favorites to win the competition along with Dortmund. Barcelona will play with Napoli in a knockout tie in the Europa League in a two-match tie; the first match of this tie will see Napoli travel to Spain to play Barca on the 17th of February. Following this tie the second match will be played in Napoli on the 25th of February. The winner of these ties will progress further in the cup.

Who do you think will be able to win the Europa League this season?