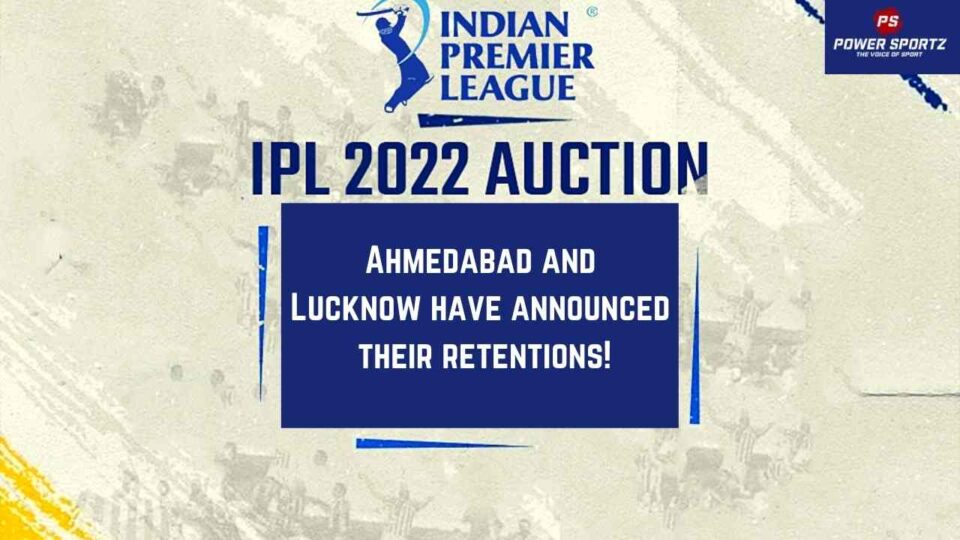 IPL mega auctions are expected to be held in the middle of February; as of now the venue for the auction is Bangalore; however, the venue might change because of the spread of the coronavirus. All the teams have announced their retention list before the start of the mega auction. Firstly CSK has retained Jadeja, Dhoni, Moeen Ali, and Ruturaj Gaikwad; KKR has decided to retain the international duo of Andre Russell and Sunil Narine along with Venkatesh Iyer and Chakarvarthy. Furthermore, SRH has decided to retain Kane Williamson with Abdul Samad and Urman Mailk; the most successful team Mumbai Indians have held Rohit Sharma, Bumrah, Suryakumar Yadav, and Kieron Pollard.

Later, RCB has kept the Indian duo of Virat Kohli and Mohammed Siraj along with Glenn Maxwell; Delhi Capitals have chosen to retain the Indian trio of Rishab Pant, Axar Patel, and Prithvi Shaw with Anrich Nortje. Rajasthan Royals have retained the trio of Sanju Samson, Jos Buttler, and young batsman Yashavi Jaiswal; lastly, Punjab Kings has decided to retain the Indian duo of Mayank Agarwal and Arshdeep Singh! All these teams will select the rest of the team in the IPL mega auction; the tentative dates of the auction will be on the 14th and 15th of February.

Ahmedabad has decided to retain the dynamic trio of Hardik Pandya, Rashid Khan, and Shubman Gill for a total of 38 crores; this move has been shocking as many expected Shreyas Iyer to be picked up by this franchise as the captain. Furthermore, Lucknow has also announced their retention list; they have decided to select KL Rahul, Marcus Stoinis, and Ravi Bishnoi for a total of 30.2 million.

Who do you think has the best retention list for the 2022 season of the IPL?