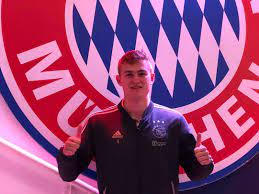 Matthijs de Ligt, the centre back, has been acquired by Bayern Munich from Juventus in a transaction that is reportedly worth €80 million (£68 million). The 22-year-old has a five-year deal with the Allianz Arena that runs until June 2027.

Bayern Munich has been in recent news for their start striker Robert Lewandowski, who joined Barcelona after completing 8 years with the German club. And now the Bundesliga club have to start thinking about life after Lewandowski.

Thus, Bayern are now focusing to re-build their squad and have been quite active in this summer’s transfer market. The German club were recently looking to hire a defender and they finally got the deal done.

He will wear the number four shirt that Niklas Sule wore before he joined Borussia Dortmund earlier this summer. Bayern has won the fight to recruit the Netherlands international despite interest from teams like Chelsea, Manchester City, Manchester United, and Liverpool.

“From the very beginning, I felt an honest appreciation of the sporting leadership, the coach, and the board, which convinced me. In addition, FC Bayern is an outstandingly managed club with big goals. I am very happy that I am now part of the history of FC Bayern.”

“Matthijs de Ligt convinces in top international football not only with his playful qualities, but also as a guy who always leads the way in all his teams.”

“He learned to take on responsibility at a young age. A strong team not only needs a strong offense, and with this transfer we strengthen our defense at an absolute top level.”

“I am very happy that Matthijs de Ligt will play for FC Bayern in the future. We wanted to bring Matthijs to Munich three years ago. We were convinced of his qualities as a defender at the time, and we are all the more so today.”

“With his professionalism, his greed and his wonderful character, Matthijs fits in with our team as well as our ambitions. He will play an important role at FC Bayern on and off the pitch.”

“He was already a leader at Ajax Amsterdam as a teenager, and at 22 years old he is still capable of development at the high level at which he operates.”

De Ligt joined Juventus in the summer of 2019 for approximately €75 million (£63.9 million), after breaking through with defending Eredivisie champions Ajax.

The 6′ 2″ defender made his decision to leave Juventus after three seasons in Turin, during this time he won the Serie A, Coppa Italia, and Supercoppa Italiana. With only 2 years left on the Dutchman’s contract, De Ligt decided to join Bayern Munich.

In 117 games for the Italian powerhouses in all competitions and 42 outings in the previous campaign, De Ligt scored eight goals. On July 30, in the DFL-Supercup, the 38-cap Netherlands international might make his professional debut for Bayern against RB Leipzig.

Meanwhile, Journalist Fabrizio Romano claims that Juventus has reached a deal with Torino to recruit Gleison Bremer for €40 million (£34 million), plus add-ons, as a substitute for De Ligt.