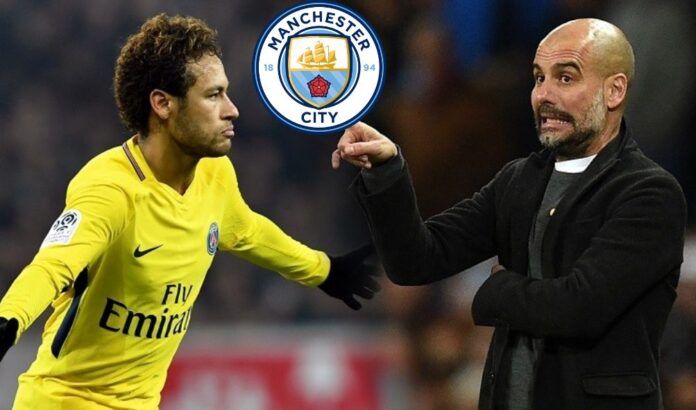 Pep Guardiola, the manager of Manchester City, has denied rumours that the team is interested in acquiring Paris Saint-Germain star Neymar this summer.

It is thought that the 30-year-long-term old’s future at Parc des Princes is in doubt; one source claims that the Ligue 1 powerhouses are willing to move the Brazilian.

According to a report from the French news outlet Le Parisien, PSG offered Neymar to the Premier League champions in return for Bernardo Silva. Despite the fact that Silva is strongly linked with a move away to Barcelona, PSG are now looking to lure in the Portuguese.

Guardiola has called the rumours linking Neymar with a move to the Etihad Stadium “false,” while City are said to have rejected PSG’s offer. Although PSG’s new manager Christophe Galtier has said he wants to maintain hold of the forward this summer.

Neymar linked with other clubs apart from Man City

While, Neymar has also been linked with clubs like Chelsea, Manchester United, Newcastle United, and Juventus.

The 119-cap Brazil international has three more years left on his Paris deal. In 144 appearances for PSG in all competitions, he has scored 100 goals and provided 60 assists, including 19 goals last season in 22 Ligue 1 games.

Although Bernardo Silva, 27, has been heavily linked to moves away from the Etihad, it now appears more likely that he will stay with the Citizens this summer.

This summer, a high-profile transfer to Barcelona has been discussed, although despite the Catalan giants’ well-publicized financial woes, they have already spent over £100 million on the acquisitions of Robert Lewandowski and Raphinha.

The La Liga team will now focus on defensive reinforcements for the remainder of the summer transfer season, according to club president Joan Laporta, which suggests that a prospective deal for Silva is not high on the list of priorities.

Meanwhile, Pep confirmed that Oleksandr Zinchenko, who is about to join Gabriel Jesus at Arsenal, will be the next first-team star to leave the club. Moreover, the Citizens have already let prominent players like Raheem Sterling and Gabriel Jesus to leave the team before the start of the pre-season.

The 25-year-old left-back is reportedly willing to sign a four-year contract at the Emirates Stadium. It is believed that the Gunners and City have struck an agreement for the 25-year-old to join them for £30 million plus an additional £2 million in add-ons.

“Zinchenko, like Gabriel and Raheem, the impact of these three players has been massive, incredible people and exceptional players, they move on,”

“Chelsea and Arsenal are incredible clubs, I’m happy for the success they’ll have there.”

“Our gratitude for how they behave on and off the pitch. It was nice with Oleks, we could say bye properly. We couldn’t do it with Gabriel and Raheem, but with Oleks we had dinner and said bye.”

Marc Cucurella of Brighton & Hove Albion is the left defender that City has selected as their top target to replace Zinchenko, and they are reportedly prepared to speed up their efforts to recruit the 23-year-old player before the new season.

Erling Braut Haaland, Kalvin Phillips, Stefan Ortega, and Julian Alvarez are already part of Guardiola’s squad, and they are all now in Houston with the rest of the first team group in front of Thursday’s exhibition match against Club America.