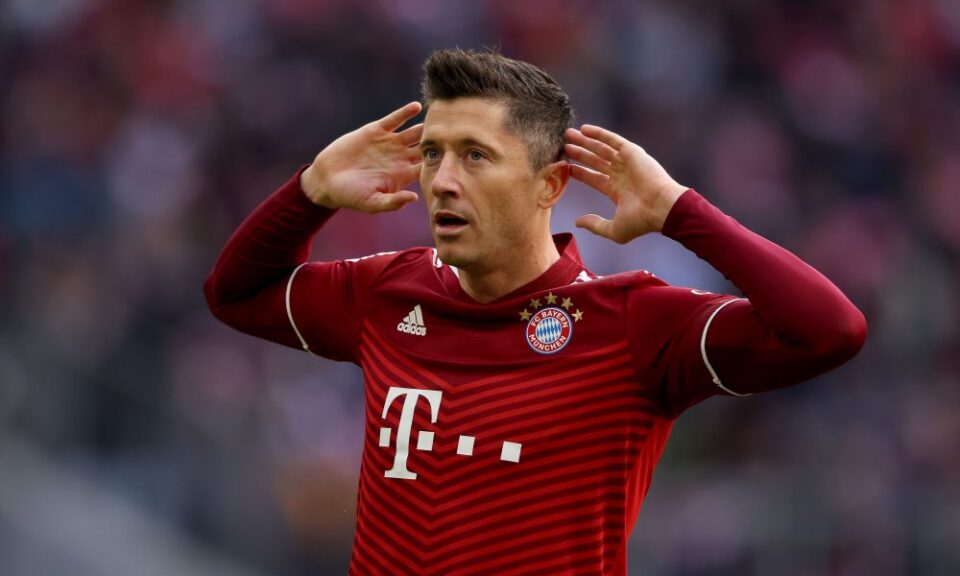 Bayern Munich are reportedly unwilling to trade Robert Lewandowski to Barcelona until his €50 million (£43 million) valuation is reached.

Recently, according to the reports across Europe, The Bayern Munich and Poland striker Robert Lewandowski was looking forward to make a move away from Germany and thus had thoughts of shifting to Spain and play for Barcelona, who are very much interested in the 33-year-old.

The 33-year-old’s agent has stated that his client wants to join the Catalan giants this summer. Adding further, he also said that going to Camp Nou will allow him to “fulfil a lifetime goal.” For the Polish international. Lewandowski’s contract is about to expire, and he has expressed no desire to extend it further with the German Club.

However, Bayern Munich are reported to be willing to keep him for yet another season. Bayern Munich, according to Marca, have no intention of selling Poland international for less than €50 million. It is a sum that Barca are now unwilling to pay due to their financial difficulties at the moment.

According to the source, Barcelona are only willing to pay €40 million (£34.2 million) for the veteran striker. But Bayern insist that they would not even negotiate with the Catalan club unless their valuation is fulfilled.

Thus, now, Barcelona are thought to have selected Darwin Nunez of Benfica and Sasa Kalajdzic of Stuttgart as potential Lewandowski replacements. However, it is to be noted that both these players have been heavily linked with a move to the Premier League.

Lewandowski had another outstanding season in front of goal for Bayern Munich in 2021-22, scoring 50 goals in 46 games across all competitions. While Lewandowski is also being linked with Real Madrid and Chelsea and he might decide to make a move to England.

If any of these clubs satisfies Bayern’s valuation he will definably make a shift away from Munich this summer.