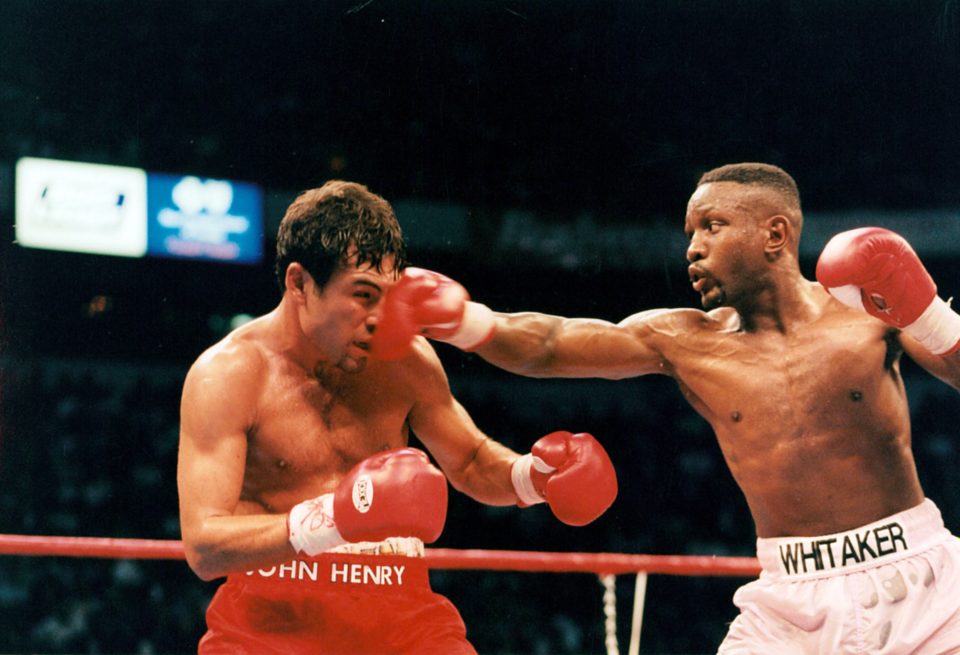 Boxing champion and Olympic gold medalist Pernell Whitaker, who was regarded as one of the greatest defensive fighters ever, has died after being hit by a car in Virginia. He was 55.

Police in Virginia Beach said the former fighter was hit by a car on Sunday night, and they were investigating the circumstances of Whitaker’s death.

“Sweet Pea” Whitaker won gold at the 1984 Olympics in Los Angeles and went on to become a champion in four weight classes in a professional career that spanned 17 years.

He finished with a record of 40-4-1 and was a first-ballot selection into the International Boxing Hall of Fame.