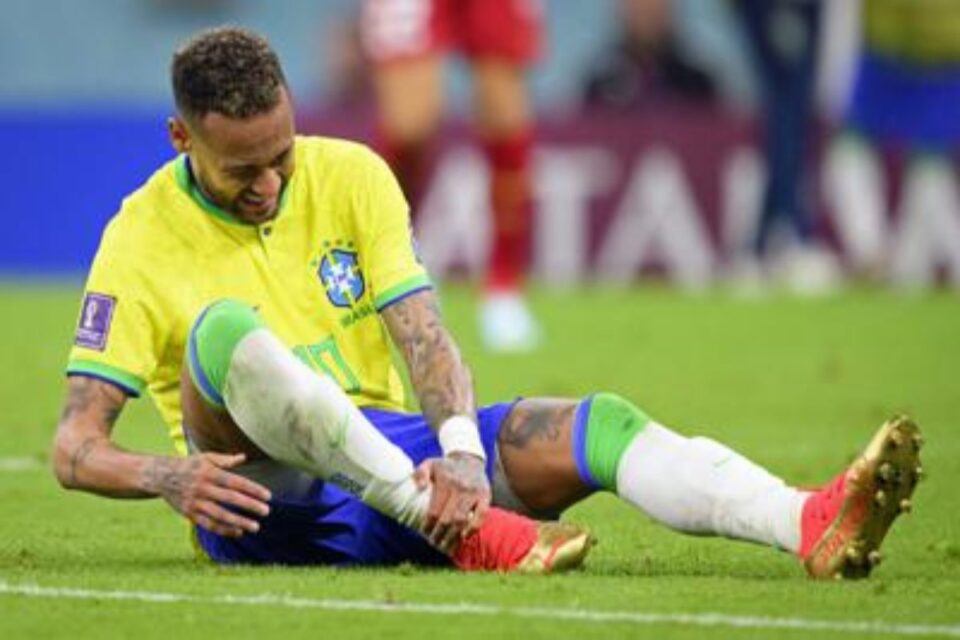 Neymar will have an ankle scan after suffering it during Brazil World Cup victory over Serbia on Thursday. Brazil won their opening match 2-0 over Serbia courtesy to a brace from Richarlison, one of which featured an incredible overhead kick.

Although Brazil had a winning start, there was concern about Neymar’s condition, and he had to be replaced by Antony in the 79th minute. Following a challenge by Nikola Milenkovic, the Paris Saint-Germain forward hurt his ankle and was eventually was taken off after 11 minutes post Nikola’s tackle.

Neymar was seen with ice taped to his ankle and appeared to be in pain as some of his teammates tried to comfort him.

Brazil team doctor gives an update on the injury of Neymar

“Neymar had an injury on the right ankle, direct trauma.”

“We need 24-48 hours to have a better understanding through the MRI. Tomorrow we will have a new assessment. Now we need to wait, we cannot make any premature comments on his evolution. We need to wait.”

“He stayed 11 minutes on the pitch after his injury up until the point he could no longer continue.”

Following the departure of the team doctor from the post-game press conference, Brazil manager Tite stated he was optimistic Neymar would play in Qatar:

“Neymar, he felt this pain throughout the game, but he decided to stay on the pitch to help the team. It’s remarkable that he could bear this pain while the team is playing.”

Prior to playing Cameroon on December 2 to complete the group stage, Brazil will play Switzerland on Monday.