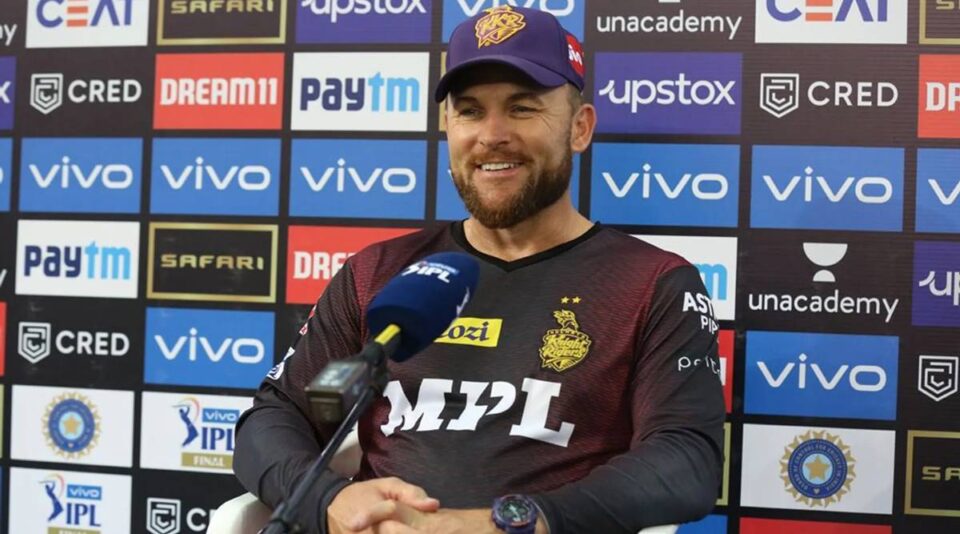 With Ben Stokes at the helm as captain, Brendon McCullum is expected to take over as England’s red-ball coach. The New Zealander is said to have accepted to take the post in principle.

Following two days of interviews at Lord’s, Brendon McCullum has emerged as an unexpected contender for the vacant position of England’s Test coach.

McCullum, who is in his third season as Kolkata Knight Riders‘ coach at the IPL, has never coached a first-class game. However, now it is understood that after a few days of negotiations, the England and Wales Cricket Board (ECB) has already made a formal offer.

Moreover, McCullum has been in contact with Rob Key, the new Managing Director of the England men’s squad.

If the contract goes through, he would be the second incumbent KKR coach that the ECB would have got from KKR. ECB had previously acquired Trevor Bayliss, who was under contract with the IPL franchise for a long time.

Former ECB director Andrew Strauss made Bayliss a substantial offer to compensate for his IPL earnings at the time.

Even now, the McCullum offer is said to be highly attractive, and the New Zealander is said to have told his current employer.

What will be the first assignment for Brendon McCullum, if ECB hires him as the new Test coach?

Nothing is for certain yet, as a spokesperson from ECB said

“We have nothing to say at this stage. The recruitment process is ongoing. A decision is likely this week,”

Meanwhile, The interview process has been led by Rob Key, the ECB’s new managing director of men’s cricket, who revealed during his first press conference at Lord’s that he had sought advice on the Test side from Eoin Morgan, McCullum’s close friend and Knight Riders captain last year during their run to the final.

“I’ve spoken to Eoin about red-ball cricket as well,”

“I asked his opinion. You want good people with good brains around you to work stuff out, so Eoin Morgan is someone I would speak to about so many different things.”

According to reports, McCullum would have been an excellent fit for a white ball job, especially given his experience coaching in franchise tournaments.

However, the 40-year-old Kiwi is apparently not happy taking up the white ball position. The ECB will have to find a new coach for the England ODI and T20I teams.

Also, once the writing is on the parchment, McCullum’s first international coaching assignment will be a series against New Zealand.