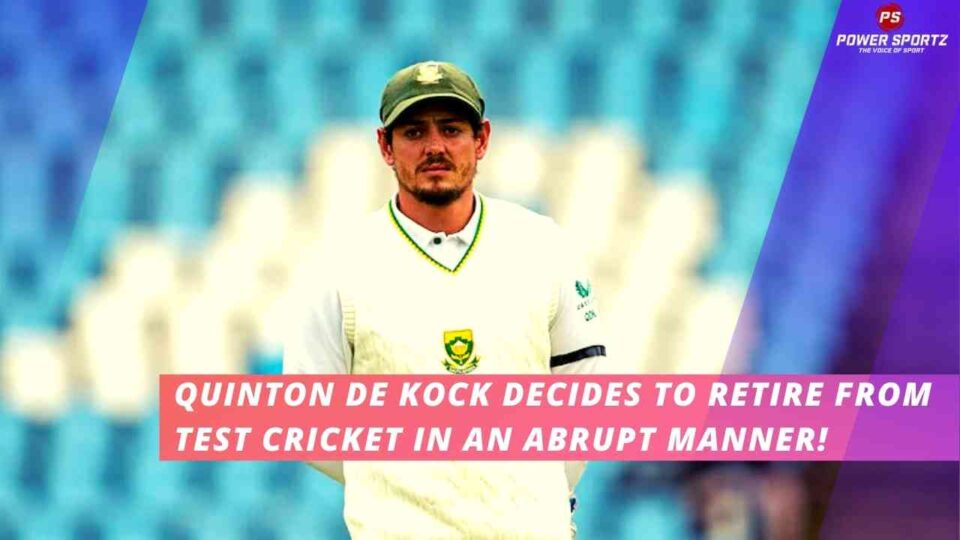 Quinton de Kock is one of the best wicketkeepers in the world; many fans of cricket were puzzled that Mumbai Indians decided against retaining their superstar. The players that Mumbai decided to retain; before the start of the mega auction are Rohit Sharma, Jasprit Bumrah, Suryakumar Yadav, and Kieron Pollard. Even though Mumbai acted against retaining the 29-year-old batsman; he is expected to be an extremely expensive pick in the auction. This is because there aren’t many wicketkeepers who are at his level at the moment.

Despite having Quinton in their test side to face India in the test series; South Africa ended up losing the first game by a margin of 113 runs. In the first innings of the game, the batsman was knocked out for a total of 34 runs by Shardul Thakur; later in the second innings of the same game, he failed to impress again as he added 21 runs to his side. South Africa will focus on the next two test matches to make a comeback in the series; following the test series these two sides will play in a three-game ODI series which will end on the 23rd of January.

The CSA released a statement after their loss to India which expressed that; “This is not a decision that I have come to very easily; I have taken a lot of time to think about what my future looks like and what needs to take priority in my life now that Sasha and I are about to welcome our first child into this world and look to grow our family beyond that. My family is everything to me and I want to have the time and space; to be able to be with them during this new and exciting chapter of our lives.” (Quinton de Kock)

The player further added that “I love Test cricket and I love representing my country and all that it comes with. I’ve enjoyed the ups and the downs, the celebrations, and even the disappointments, but now I’ve found something that I love even more.” “In life, you can buy almost everything except for time, and right now, it’s time to do right by the people that mean the most to me; I would like to take this opportunity to thank everyone; who has been a part of my Test cricket journey from the very beginning. To my coaches, teammates, the various management teams; and my family and friends – I couldn’t have shown up as I did without your support.”

Lastly, the player expressed that “This is not the end of my career as a Protea; I’m fully committed to white-ball cricket and representing my country to the best of my ability for the foreseeable future.”