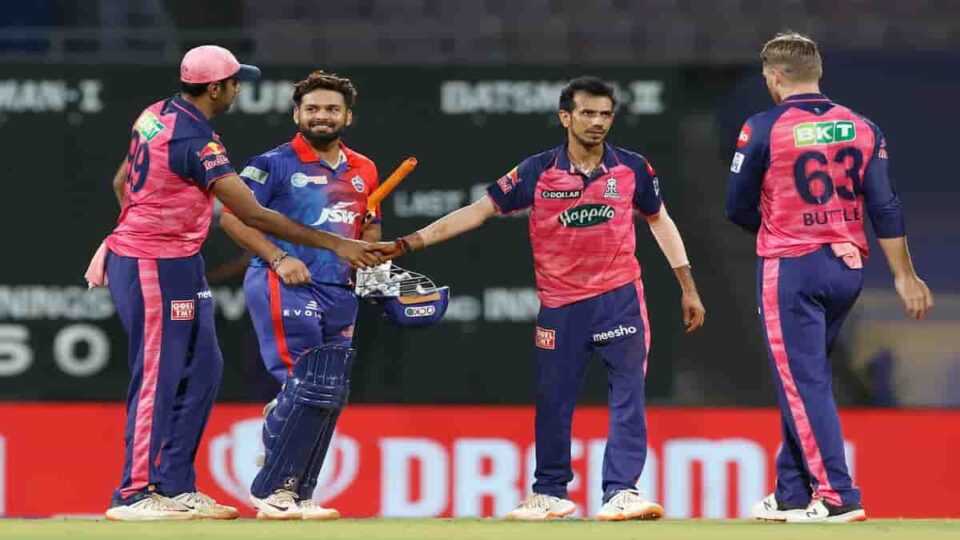 Clinical The Delhi Capitals (DC) were too strong for the Rajasthan Royals (RR) in their 2022 Indian Premier League (IPL) group stage match on May 11 at the Dr. DY Patil Sports Academy in Mumbai (Wednesday). Mitchell Marsh, an Australian all-rounder, was named Player of the Match for his all-round performance with both bat and ball.

DC captain Rishabh Pant had won the toss and elected to field first earlier in the game. From the start, the Capitals spinners created pressure, quickly scalping the valuable wicket of Orange Cap holder Jos Buttler.

Yashasvi Jaiswal, the other opener, struggled to get going and he too was dismissed. The seasoned Ravichandran Ashwin and Devdutt Padikkal then formed a great partnership to keep RR in the game.

It was a one-team show when Ashwin and Padikkal were released. As the Royals set a target of 161 for the Capitals. Pacer Chetan Sakariya, Anrich Nortje, and Marsh each took two wickets.

With a target of 161, DC was dealt an early blow as opener Srikar Bharat was dismissed without trouble. The Australian combo of David Warner and Mitchell Marsh, on the other hand, never seemed troubled on the crease.

The duo continued to milk the ball for singles and doubles while scoring odd boundaries in the process. The Rajasthan Royals were unable to make a comeback in the game thanks to a late flourish from both batsmen.

Marsh scored an outstanding 89, while Warner stayed unbeaten on 52 to make chasing a cakewalk for DC. Rishabh Pant, who banged two massive sixes in his four balls, put the final touches on the game.

After the match the winning captain Pant said

“Very close to a perfect game. Always believe there’s room for improvement. When you know the wicket is going to turn, little bit not much, there’s an opportunity to both bowl first or bat first.”

“He got typhoid or something like that (talking about Shaw), doctor told me that.”

“Very disappointing night. We were few runs short, and few wickets short in the middle. While we were batting the wicket was two paced. We were 15-20 runs short. While bowling second we dropped a few catches. Really disappointed.”

What’s next for Delhi and Rajsthan?

RR will lock horns with Lucknow Super Giants (LSG) on 15th May in the night game on Sunday. While DC will face Punjab Kings the next day at DY Patil Stadium in Mumbai.