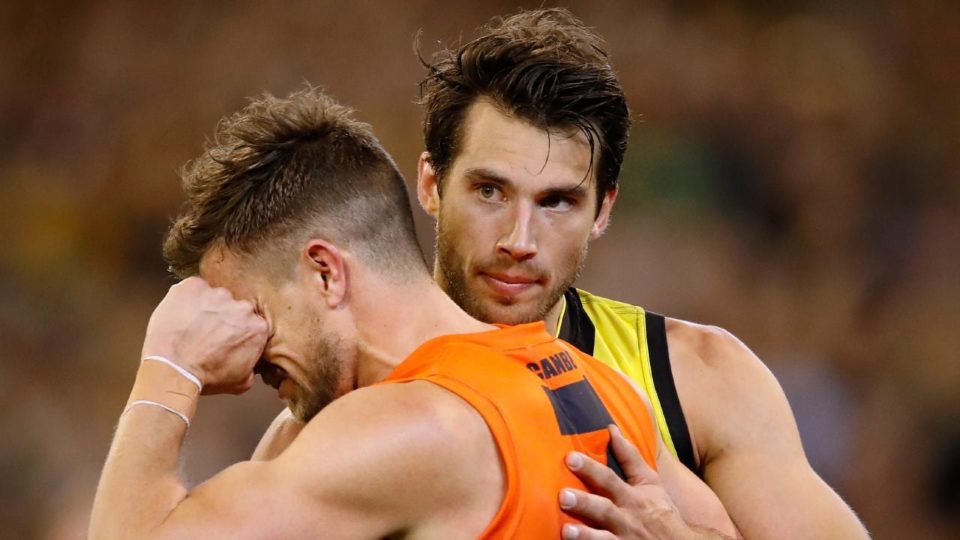 Raw former Tiger Brett Deledio got emotional while speaking about the pain of watching his former side win a premiership and the family tragedies, which have put football in perspective.

In an interview, Deledio said, “I remember as soon as the siren went (in the prelim) it hit me, just the enormity of everything, and then I saw my family after it and I said, ‘I’m so sorry’. I was a bit of a mess,”

“It (the bad news) just kept on coming. On the Tuesday we got news that little (nephew) Alfie, would you believe, that he had brain cancer as well. A two-year-old, that’s not meant to happen, is it? They found a pear-shaped tumour in his brain … a one in three million chance.

“I talk about it being unfair with a footy final, how is this fair?”

Deledio got teary eyes, and while wiping his tears he further said, “I remember checking my phone … I had almost convinced myself that it was too unfair for it to happen, for them to win without me after everything that I’d gone through and done, for it to be the year later, I was like, ‘That can’t possibly happen’.”

“I remember it just broke my heart. That scene in The Simpsons when you can see Ralph’s heartbreak — that was me. I think I apologized Katie 10 times in the next 20 minutes, I said, ‘I’m so sorry for dragging you up here’ … She said, ‘Don’t you dare’. I was saying this with tears running down my face, I was just angry, because it just felt so unfair. I know that’s probably going to cause a stir and everyone will say, ‘You had the choice’, but I did what I thought was right at the time for my own mental state of mind.”