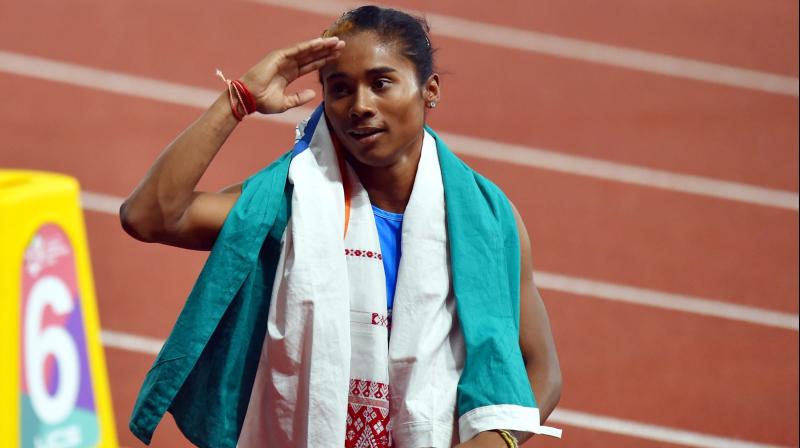 The AFI (The Athletics Federation of India) on Wednesday confirmed that star sprinter Hima Das, who has been struggling with back injuries ever since it troubled her at last year’s Asian Games, will not be able to participate in the upcoming IAAF World Championships, scheduled to be held from September 27 in Doha.

The AFI however had named Hima Das as part of India’s World Championships squad. But her name was allegedly left out of the initial list submitted by AFI to IAAF earlier this month citing her back injury to be the cause.

The AFI released a statement that read “Unfortunately, 400m athlete Hima Das will not compete at the World Championships in Doha due to a back injury.”