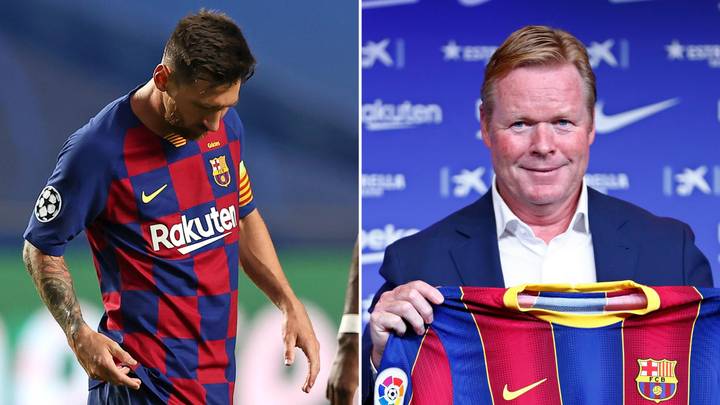 Ronald Koeman, Barca coach said that he and Lionel Messi share a good relationship and he doesn’t conform to Quique Setien’s comments that the forward is “difficult to manage.”

The former Barca boss Setien, was given the boot in August, who said in an interview with El Pais on Sunday that it was hard to coach Messi because of how accustomed he is to success.

To this, Koeman said that while he respects everyone’s views, “Leo is the best player in the world.” He was talking to the media ahead of Wednesday’s Champions League game against Dynamo Kiev.

“I see the ambition he has and his winning character every day. He’s not a player I have difficulties with. He’s the captain and I speak with him every week about things on the pitch and things in the dressing room to [maintain] a good relationship with him.”

“I see things differently and I am not in agreement with Setien, although I respect his opinion. If that’s what he says, that’s how it is for him.”

Messi has netted three goals in eight games this season and all three have come from the penalty spot. He is yet to score a goal in La Liga in five matches.

Barca and Messi’s mistakes have resulted in them picking just two points from their last four games, with Koeman accepting the criticism. He has asked the club to source a new striker in January. “I have said various times that we need a No. 9 but it depends on the club’s financial position in January.”

Barca might welcome back Marc-Andre ter Stegen against Kiev. The goalkeeper has not featured in any game this season but is back in training and could be in the squad which will be announced on Wednesday.