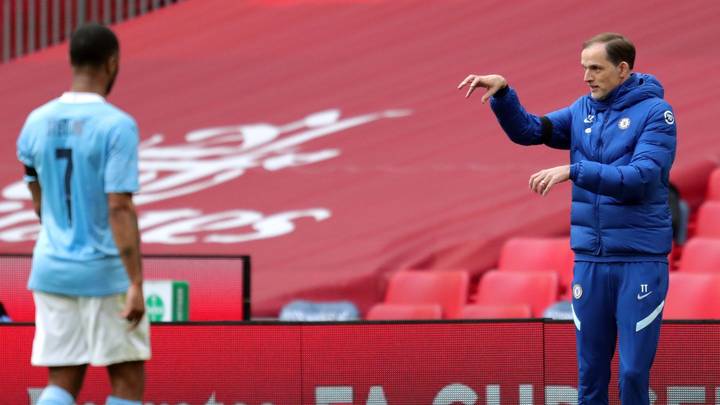 According to reports, Chelsea is about to buy Raheem Sterling, a winger for Manchester City.

It’s been rumoured for a while that some of City’s seasoned attackers would be permitted to go on to greener pastures now that Julian Alvarez and Erling Braut Haaland have arrived at the Etihad Stadium.

The signing of Gabriel Jesus by Arsenal, for whom the club agreed to pay £45 million, has just been confirmed.

According to sources, this has put Sterling’s future up in the air, the long-tenured Englishman having been widely linked with a move to Chelsea for a number of weeks.

There is now a high likelihood that a deal will be concluded during the next several days, according to The Telegraph.

According to the source, Chelsea has agreed to give the 27-year-old a pay increase on City’s conditions, with the Wideman set to make somewhere about £300,000 per week.

Sterling, who will sign a long-term contract at Stamford Bridge, will become the highest-paid player at the team as a result.

Although the two teams haven’t completely agreed on a fee, the article adds that they might do so in the next day or two, thereby preventing Sterling from returning to London.

Sterling was raised in London, England. Prior to joining Liverpool in February 2010, he developed through the Queens Park Rangers junior system.

Raheem Sterling on his way to Chelsea

Sterling will be the first player signed under Todd Boehly’s ownership if, as anticipated, a transfer is made official over the next few days.

After Romelu Lukaku returned to Inter Milan on a season-long loan, Tuchel was looking to strengthen his striking lineup.

With 15 goals across all competitions, the Belgian striker led the Blues in scoring last season, just ahead of Kai Havertz (14) and Mason Mount (13).

Only Sergio Aguero (124) has scored more goals for City since Guardiola took over as manager compared to Sterling (120).

But the acquisition of Jack Grealish last summer, as well as the arrival this summer of strikers Erling Haaland and Julian Alvarez at Etihad Stadium, limited his opportunities.

Both legs of Real Madrid’s elimination in the Champions League semifinals, as well as the thrilling season-ending match against Aston Villa, Sterling sat on the sidelines.

But he did help City come back from a 2-0 deficit to win 3-2 and edge Liverpool for the league title by setting up Ilkay Gundogan’s vital opening goal.

Sterling’s hiring by Chelsea will be seen as something of a coup considering the England international’s 30 top-flight outings last season saw him produce 13 goals and five assists.

Sterling’s seven-year relationship with City will come to an end after 339 appearances and the acquisition of 10 awards, including four Premier League championships.

Sterling might fly to the United States for the Blues’ preseason tour with the rest of the team if the deal is finalised in the next 48 hours.